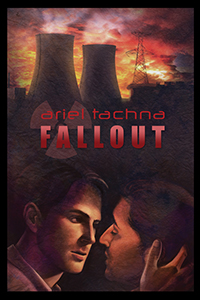 When a Category 4 hurricane hits the Texas Gulf Coast and critically damages a nuclear reactor, the NRC brings in robotics engineer Derek Marshall and professor Sambit Patel to avert a disaster. Unfortunately, putting the men in the same room could be nearly as dangerous as the reactor: Derek’s out and proud, gruff, and occasionally obnoxious; Sambit is closeted, quiet, and reserved. Faced with isolation, ungodly living conditions, and the very real possibility of acute radiation sickness, they race against time to stabilize the reactor. But the attraction growing between them may be beyond their control. On the surface, Derek and Sambit have nothing in common. They live in separate cities, come from disparate cultures, and have trouble just getting along, never mind navigating a relationship. All they have to hold them together is a few isolated weeks of trying to save the world, or at least the environment. Sambit is convinced the end of the assignment will be the end for them as well—and despite their many differences, he’s beginning to wonder how he’ll survive the fallout once Derek leaves him behind. 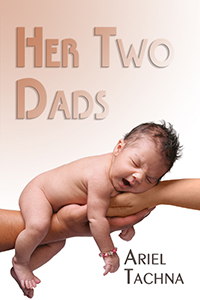 Srikkanth Bhattacharya is a quintessential gay bachelor and perfectly happy about it—until he gets a call from the local hospital telling him his best friend died in childbirth. Sri had agreed to provide the sperm to make Jill's dream of motherhood come true, but he'd never expected to have to make decisions for a baby girl. He intends to place her with an adoptive family, but once he sees her, Sri can’t bring himself to do it, so now he’s struggling to learn how to deal with a newborn.

His housemate and friend, Jaime Frias, volunteers to help, never guessing he’ll fall in love with both the baby and Sri. Everything seems perfect until a visit from Social Services sends Sri into a tailspin, feeling like he has to choose between his daughter and a relationship with the man he’s coming to love.

5% of all profits from this title will be donated to the Family Equality Council & COLAGE.  Both of these organizations work to advance full social and legal equality for LGBT families. 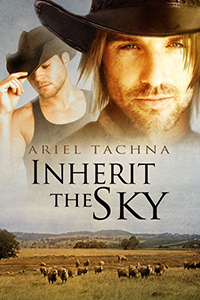 Caine Neiheisel is stuck in a dead-end job at the end of a dead-end relationship when the chance of a lifetime falls in his lap. His mother inherits her uncle’s sheep station in New South Wales, Australia, and Caine sees it as the opportunity to start over, out on the range where his stutter won’t hold him back and his willingness to work will surely make up for his lack of knowledge.

Unfortunately, Macklin Armstrong, the foreman of Lang Downs who should be Caine’s biggest ally, alternates between being cool and downright dismissive, and the other hands are more amused by Caine’s American accent than they are moved by his plight… until they find out he’s gay and their amusement turns to scorn. It will take all of Caine’s determination—and an act of cruel sabotage by a hostile neighbor—to bring the men of Lang Downs together and give Caine and Macklin a chance at love. 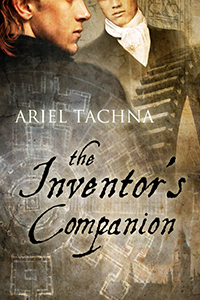 Gabriel Blackstone’s world is divided quite clearly into castes: everyone knows their place and abides by it. As an inventor in the merchant caste, his life is predictable in its routine until the night his best friends and assistants, Caleb and Andrew, purchase the time—and body—of a companion for his birthday. As an activist in the Caste Equality movement, everything Gabriel believes in tells him to refuse the gift, but then he meets Lucio. The beautiful and alluring companion is far more than the vapid courtesan he'd expected, and he can’t get the man out of his mind.

After that night, Gabriel tells himself to forget about Lucio, but a chance meeting at a ball makes it clear neither of them is willing to ignore the compelling chemistry between them. It will take all their combined trust and cunning, plus the help of a wily aristocrat and a plucky political activist, to overcome the challenges of infidelity, abuse, and social stigma that lay along their road; however, Gabriel knows it will all be worth it if at the end of the day he can call Lucio his own. 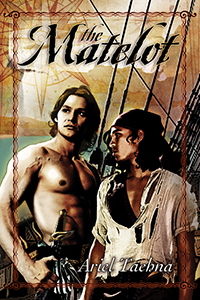 Their pirate vessel destroyed, Captain Amery White, ship's surgeon Gavin Watson, and quartermaster Quinn Davies are left without a livelihood or a home. The three men have served together since they were old enough to put to sea, sharing hardships and comfort until Amery and Gavin formalized their union with a matelotage—the pirate equivalent of a marriage contract.

Now they’ve been offered a letter of marque and a fine English galleon with enough speed and firepower to catch and capture any ship in the Caribbean. But their mission brings back memories long buried and puts a strain on Amery and Gavin’s relationship, especially when the Silver Queen captures a Spanish slave ship, bringing the very young, very beautiful, and very abused Eliodoro to their crew.

Quinn finds himself torn between the love he’s always had for his friends and his desire for their new crew member. When secrets from the past come to light and cause a rift between Amery and Gavin, Quinn will have to choose between substituting for Gavin’s true love and becoming the center of Eliodoro’s world. 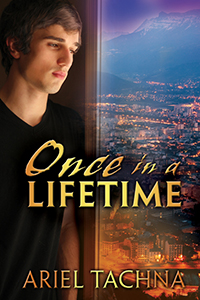 Once in a Lifetime

Offered a yearlong medical research fellowship in France, Shane Johnson has many hopes for the experience: a chance to improve his French, an opportunity to hone his research skills before starting his PhD at Baylor, and the freedom to live life as an openly gay man for the first time. He’ll chronicle his year abroad with its challenges, victories, and setbacks as he struggles to balance his faith with his sexuality.

As he navigates the shoals of a first kiss, a first relationship, and perhaps even lasting love, Shane will have to balance his newfound emotions with his long-term plans, and he’ll face the decision of how his once-in-a-lifetime experience will fit into the life he wants to lead. 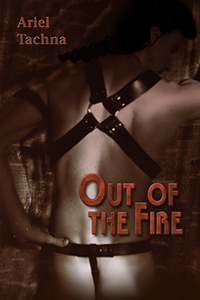 Out of the Fire

Before he knows it, Evan finds himself at Rhys's home in Las Vegas with a sub who can barely stand to be in the same room with him and a Dom whose emotional involvement threatens his control. Add in the sexual attraction that's always simmered between Evan and Rhys, and it's a situation that has the potential to go very, very wrong. Determined to heal both Takoda and Rhys, Evan doesn't realize how many assumptions about his own life will be called into question as he tries to help them find their way forward together. 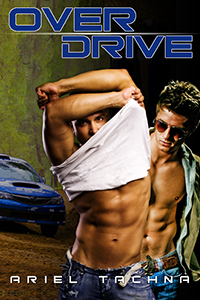 All his life, French racer Daniel Leroux has dreamed of one thing: winning the World Rally Championship. To do that, he needs a co-driver he can trust. If only he could find one….

At the end of a disastrous season, Daniel’s manager replaces his incompetent co-driver with Frank Dufour, a young Canadian whose rally team let him go because he was gay. Daniel’s in heaven, thinking he might find more than just a teammate, but his manager puts the brakes on, declaring Frank firmly off limits. Frank isn’t any more ready to risk his second—and last—chance at making it in the WRC, no matter how attractive he finds Daniel. Sex and cars don’t mix.

Amidst a bitter rivalry with another driver, sabotage attempts, extreme weather conditions, and the stress of racing, Daniel and Frank forge a partnership that defies the odds, but just as things start to heat up between them, a family emergency calls Frank away. Will they find their way back together or will the separation and the spotlight be too much for their fledgling love to survive? 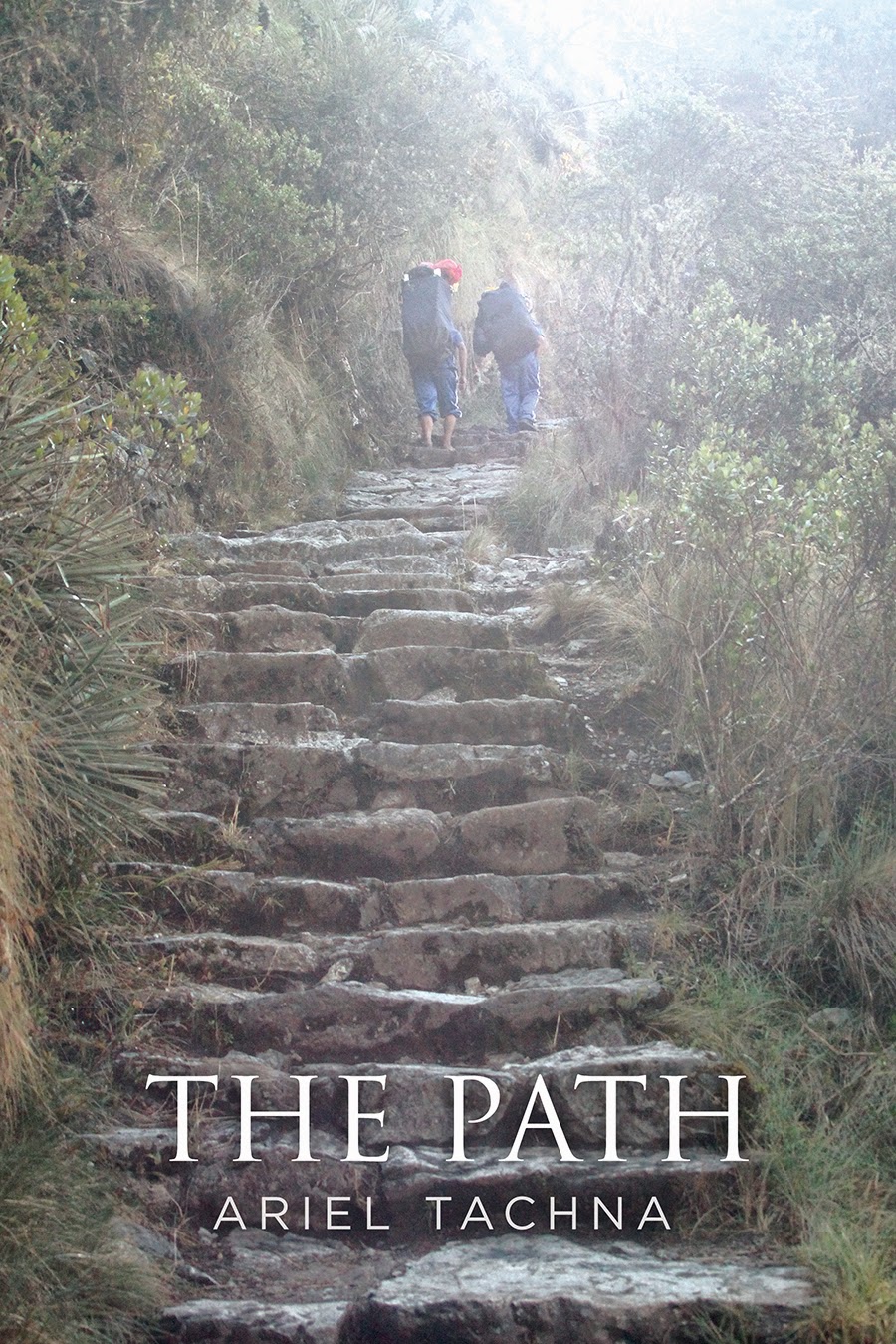 All his life Benicio Quispe has dreamed of being a guide on the Inca Trail. He gets his chance when the top travel agency in Cusco, Peru hires him. Alberto Salazar, his assigned mentor, fits Benicio's idea of a perfect guide, but he's also everything Benicio never dared to dream of in a boyfriend.

Alberto learned a long time ago to be discreet about his sexuality. It's a necessary sacrifice to keep the respect of the guides and porters whose help is critical in a successful hike. So he pushes aside his attraction to his new junior guide and goes on as usual. But when a group of old friends arrives to hike the trail again, they convince him a relationship with Benicio is worth pursuing. His newfound resolve is enough to get them on a first date, but no amount of courage can change the attitudes of their family and friends. The risks on the trail are easy compared to finding a path through the challenges keeping them apart. 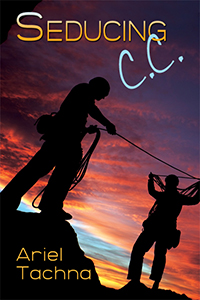 When Astro—as his fellow counselors dub him—signed up to spend the summer at Camp Laguna, North Carolina’s premier girls’ camp, he had two goals in mind: escape the memories of his cheating ex and avoid any other romantic entanglements. Then he meets C.C., the camp’s EMT and handyman. It doesn’t take long for Astro to realize that C.C. will pose far more problems to his peace of mind than his ex ever did.

C.C. is gay, unattached, and interested. He’s also a playboy of the worst order, and Astro is all too aware that they only have nine weeks together before the summer ends. So Astro has a choice: fan the flames between them and hope he can seduce C.C. into a relationship that lasts past the end of the summer, or let the chance pass him by and protect his heart. 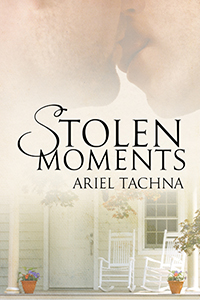 After a year apart, teacher Jacob Peters and county judge Beau Braedon decide they can’t live without each other. There are just a few small obstacles to their Alabama love story. Jacob resents Beau’s paranoia about being outed, but Beau is convinced he’ll lose his seat on the bench if he admits to their relationship, and as a teacher at a Christian school, Jacob’s job is even more at risk. They could relocate, but Beau’s mother has Alzheimer’s and can’t be moved. And then there’s the tiny issue of Jacob’s infant son, Finn, and his mother, whom Jacob wed out of duty. In short, they are stuck.

But Beau has a long-term plan, and he’s prepared to swallow his fears and compromise with Jacob, because sharing stolen moments is no longer enough. 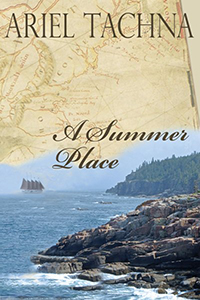 Overseer Nicolas Wells had been coming to Mount Desert Island for ten summers to help build cottages for the rich and powerful.  Despite his secrets, he had grown comfortable in the peaceful little island town, getting to know its inhabitants and even to consider some of them friends.

The eleventh year, however, he arrived to startling news:  the island's peace had been shattered by a murder.  At the request of the sheriff, Shawn Parnell, Nicolas agreed to hire Philip Hall, the local blacksmith and the probable next victim, in the hope that the secure construction site would be safer than his house in the village.  He never expected the decision to lead to danger. Or to love.