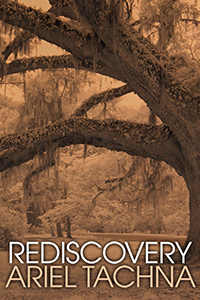 Visiting the dealers room at the Houston Gay Gamers convention, Michael Donovan’s attention is caught by a booth featuring leather wear and fetish gear. Though he’s never been drawn to that lifestyle, he can’t deny his attraction to the handsome man staffing the booth, especially when he sees Lee helping to entertain another vendor’s young children. Lee soon makes it clear the attraction is mutual, but can Michael move past his preconceptions about Lee’s wares and get to know the man himself? 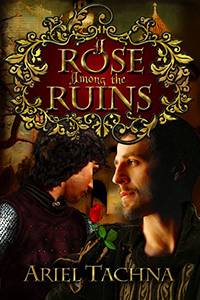 Rose Among the Ruins

$4.99 (eBook)
After almost a generation of war, peace has come at last through the political marriage of a Mordyn princess to the prince of Ageselm. While escorting the bride, comrades-in-arms Rhicer and Kanath inadvertently drink a love potion intended for the newlyweds—and find themselves dealing with newfound desire for one another. As they struggle with their growing connection in a culture that despises same-sex love, Rhicer and Kanath face a terrible decision: give in to the social mores of their time and abandon love or answer the call of their hearts and leave Ageselm forever. 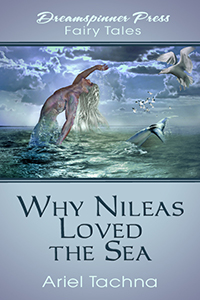 Why Nileas Loved the Sea

$3.99 (eBook)
For years, Aeolus has fought the Sirens, trying to rescue hapless sailors from their clutches, to no avail. When he encounters Nileas, the first man to heed his warnings in time to be saved, Aeolus at last has a chance to indulge his fascination with the world of men. As they begin the long journey back to Nileas’s home at the other side of the Mediterranean, sharing stories of their respective lives, it becomes apparent Nileas is just as fascinated with the world of the sea—and with the merman who saved him.

Despite the attraction growing between them, neither can see a way past the limitations of their races. Aeolus cannot live long on land, nor Nileas survive in the sea, but their love proves stronger than Aeolus’s determination to let Nileas go. Can they find a compromise that will let them share their lives, or will they need to challenge the gods for the right to be together forever?