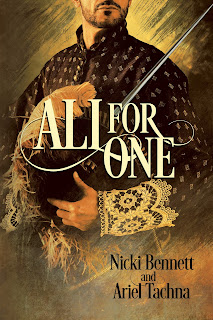 All for One by Nicki Bennett & Ariel Tachna

Aristide, Léandre, and Perrin pledge only three loyalties in life: their King, their captain, and their passion for each other. So when the musketeers discover a plan to accuse M. de Tréville of treason, the initial impulse to kill the messenger, Benoît, is tempered by their need to unmask the plotter. But their first two suspects, the English ambassador and Cardinal Richelieu, prove to be innocent, forcing the musketeers to delve deeper into the inner machinations of the French court.

Meanwhile, Aristide finds himself falling in love with the ill-fated messenger, a blacksmith without a home who rouses all of his protective, possessive instincts. Benoît, however, has no interest in any man. Torn between desire and duty, Aristide must find a way to protect the King and clear his captain’s name—all while heeding the demands of his heart. 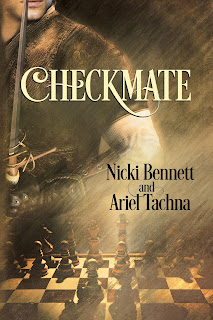 When sword for hire Teodoro Ciéza de Vivar accepts a commission to “rescue” Lord Christian Blackwood from unsuitable influences, he has no idea he’s landed himself in the middle of a plot to assassinate King Philip IV of Spain and blame the English ambassador for the deed. Nor does he expect the spoiled child he’s sent to retrieve to be a handsome, engaging young man.

As Teodoro and Christian face down enemies at every turn, they fall more and more in love, an emotion they can’t safely indulge with the threat of the Inquisition looming over them. It will take all their combined guile and influence to outmaneuver the powerful men who would see them separated... or even killed.

Meet Teodoro Ciéza de Vivar and Lord Christian Blackwood again in France as they help friends among the musketeers in All For One. 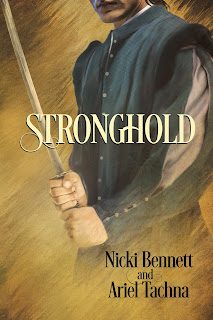 “Are you surprised that strength is drawn to strength?” For the last six years, the gypsy healer Raúl has lived a life he never dreamed possible. Gerrard Hawkins has stood at his side, his love a source of silent strength like nothing Raúl has ever known. When a letter from Gerrard’s estranged father forces them in separate directions—Gerrard back to England to make peace with his family and Raúl to Saintes-Maries-de-la-Mer for his annual pilgrimage—Raúl expects to suffer for their parting, but he holds on to their plans to meet again in France when Gerrard has satisfied his father’s demands. Gerrard left England never expecting to return, especially after he pledged his life and love to Raúl. Yet he cannot dismiss his father’s offer of peace without some acknowledgment. When he arrives in England to find tragedy, his sense of duty toward his family’s tenants wars with his promises to Raúl. As tensions mount and illness spreads in France, Raúl stands as a bastion of hope, but his strength is not limitless. Gerrard is the rock he leans on, and without that strength, Gerrard’s arrival in France may come too late. 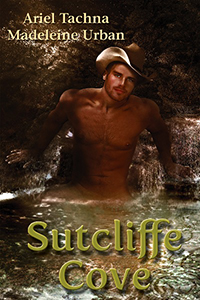 Seeking first-time riding lessons in the rolling hills of Connecticut, Gerald Saunders is pleased to discover Sutcliffe Cove. The current proprietor, Brett Sutcliffe, welcomes the beginner, and Gerald quickly finds a home away from home at the farm as he spends more and more time volunteering there.

Over the course of a few months, Gerald and Brett build a strong friendship, but it's not until Gerald is off on vacation that the two men realize their friendship could be so much more... sexually satisfying, emotionally intimate, or even warmly loving. But Gerald is so laid back, Brett just isn't sure what to do next. Move forward and deepen their relationship? Or back off and just be friends with benefits? 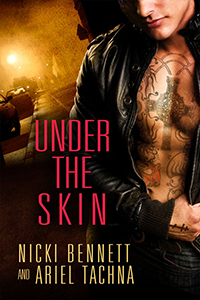 Under the Skin by Nicki Bennett & Ariel Tachna eBook

Police detective Patrick Flaherty has no illusions about Russian mobster Alexei Boczar, but that doesn’t stop his fascination with the bodyguard to one of the most ruthless families in Chicago’s growing Eastern European crime community. From the moment Patrick meets Alexei’s eyes over the body of another Russian mobster, Alexei is a thorn in Patrick’s side, refusing to cooperate with the police and turning all of Patrick’s questions back on him. Alexei’s hard-as-nails persona whets Patrick’s professional determination to get the information he’s sure the gangster is hiding, while personally Patrick just wants to get his hands on Alexei’s hard body.

The tattoos marking Alexei’s skin tell the story of his criminal past, but the more Patrick learns about Alexei, the more he wants to know, until he finds himself over his head in a relationship that might cost him his job and could well cost Alexei his life. Alexei is equally fascinated by Patrick’s willingness to overlook his past and even his present associations, but he has secrets of his own that could drive a wedge between them forever.