Sunday Snippet - Au parc Monceau (An At Your Service coda)

This is for everyone who wanted one more scene at the end of At Your Service. 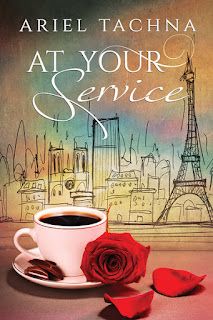 
Paul checked the next day’s weather one more time. The weather report had promised sunny skies all week, but it paid to be careful. He had everything else in order. All he needed was for the weather to cooperate with his plans.

Paul switched off the computer, checked his surprise where it was hidden one last time, and did as Anthony asked.

Anthony waited patiently the next morning as Paul fussed about their shared apartment. Paul had refused to say what he’d planned for the day, the Tuesday after the Salon du Livre ended. It had become their tradition to spend the day together as they had the year they’d met, so sure that it would be their last day together. Now it was a celebration of everything they’d gone through to get where they were. Maurice hadn’t even needed to be reminded to give Paul Tuesday off instead of Wednesday this week.

That still didn’t explain Paul’s secrecy,  though. The last few years, he’d been eager to share his plans for the day with Anthony.

They walked down to Convention and caught the Métro north. That didn’t really tell Anthony anything. There were only three stops south of theirs and none of them led to anywhere particularly interesting. They’d waited late enough in the day that rush hour traffic on the line had cleared, allowing them to sit side by side as they passed station after station.

“Are you going to tell me where we’re going?” Anthony asked.

Anthony laughed. “Fine. Have it your way.”

Paul stood as they neared Concorde and led Anthony toward the Défense line. Anthony had expected to go the opposite way when he saw which stop they were taking. They often wandered the Marais in their spare time, but that was east, not west. When Paul got off at Charles-de-Gaulle-Étoile, Anthony gave up trying to figure out where they were going. The Arc de Triomphe was a lovely monument, but they had never spent the day after the Salon du Livre doing touristy things, and the only time they’d gone to the Arc de Triomphe was when Matt came to visit.

Paul took Anthony’s hand as they turned away from l’Étoile and up one of the arteries leading to the most famous roundabout in the city. Anthony squeezed back. Wherever Paul was leading them, he would enjoy it.

Fifteen minutes later, the entrance to parc Monceau came into view. Anthony grinned. “You’re sneaky, bringing us in this way instead of directly.” 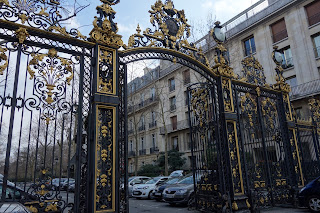 “I didn’t want to give it away too soon,” Paul said. Anthony wasn’t sure what Paul thought he would be giving away by telling Anthony they were coming back to this particular park, but he’d enjoy it regardless.

“Not that I’m complaining, because coming here is always a treat, but why the secrecy?”

Paul flushed but didn’t answer. Anthony rolled his eyes and followed Paul past the decorative gates and into the peaceful park. A few joggers ran by as they made their way deeper into the park. The sun had lured out some mothers with infants in carriages as well as some grandmothers bundled up against the breeze.

Paul led Anthony to the bridge that overlooked the stream where they’d had lunch the first time they came to the park three years ago. Anthony leaned against the stone rail and let himself relax. 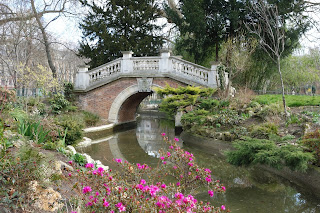 Whatever Paul had up his sleeve, Anthony would wait for the surprise. He closed his eyes and tilted his face toward the sun, basking in its warmth. The winter hadn’t been as cold as the year he moved to Paris, but it had still been colder than what he’d been used to in North Carolina.

Anthony opened his eyes and looked down to see Paul on one knee. He started to ask what Paul was doing, but before he could get the words out, Paul took his hand and continued, “Lunch here with you three years ago was a start to an adventure I didn’t ever think I’d have… I didn’t even think I’d want to have. Now I can’t imagine any other life. Will you marry me?”

Anthony blinked a couple of times at the sight of the ring in Paul’s hand. Sunlight glistened off the gold band. He’d half-expected a day in a park, and he hadn’t even been surprised at Paul choosing this one, but he hadn’t expected a proposal.

Paul’s face fell, and he started to pull his hand away.

Paul slipped the ring on Anthony’s finger and leaned in to kiss him. A couple of people cheered and clapped, but Anthony tuned them out to focus on Paul. He returned the kiss and then broke away to stare down at the ring on his finger. He and Paul were getting married. 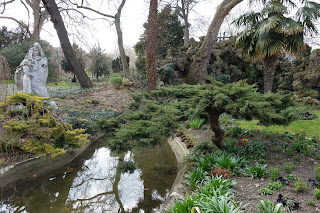 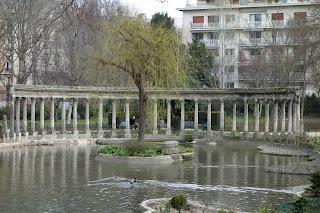 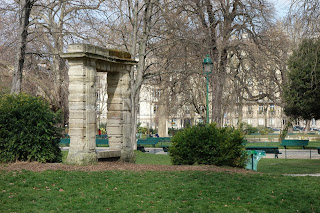