A year ago, my husband and I left on an adventure. 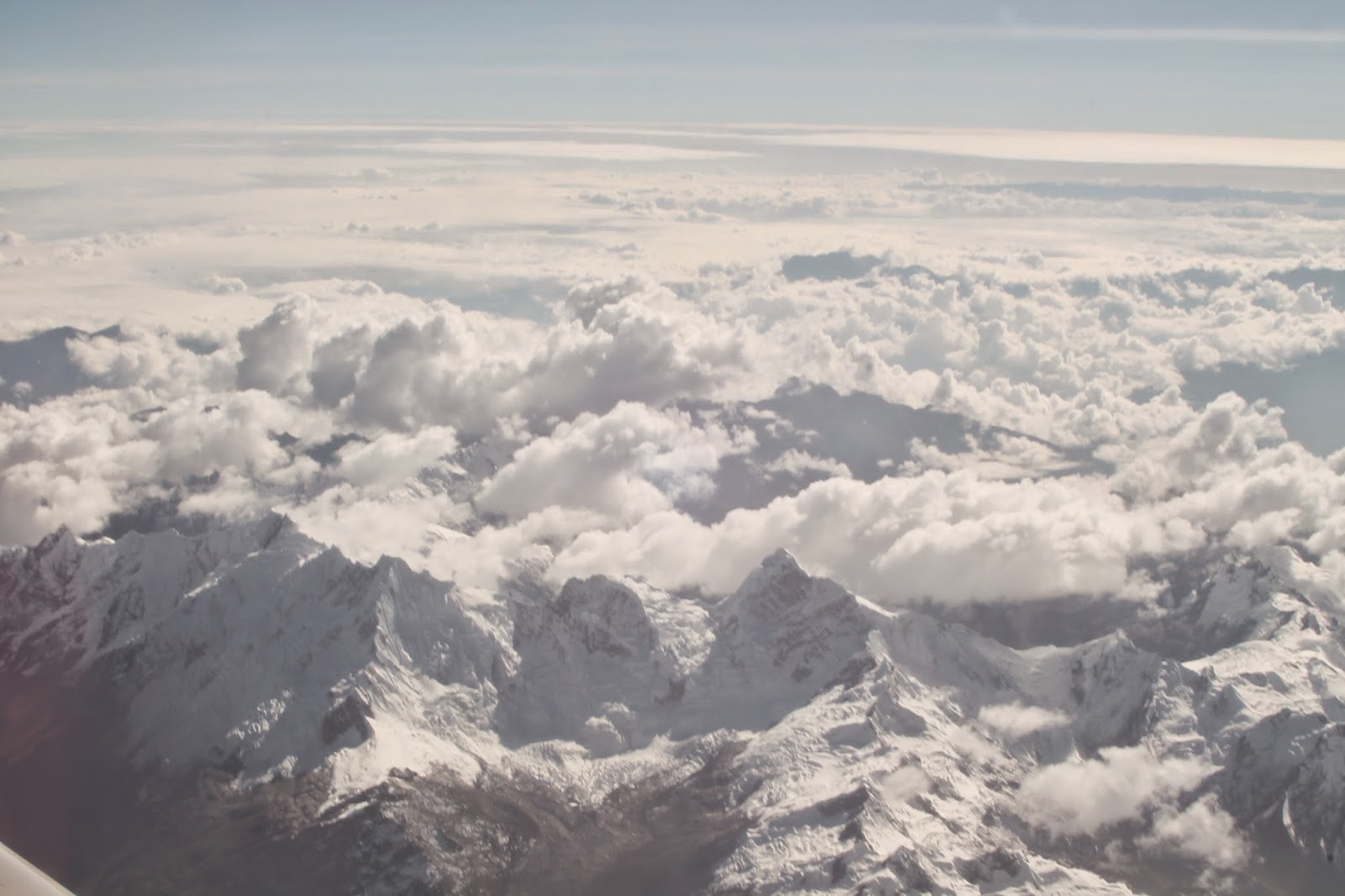 Yes, those are the Andes, and no, I didn't use a telephoto lens when I took that picture from the plane window. They're that tall. We flew from Lima to Cusco, which would be our home base for the time we were in Peru.

After settling in at a lovely hotel right off the main square, we had the chance to take a tour of the city. 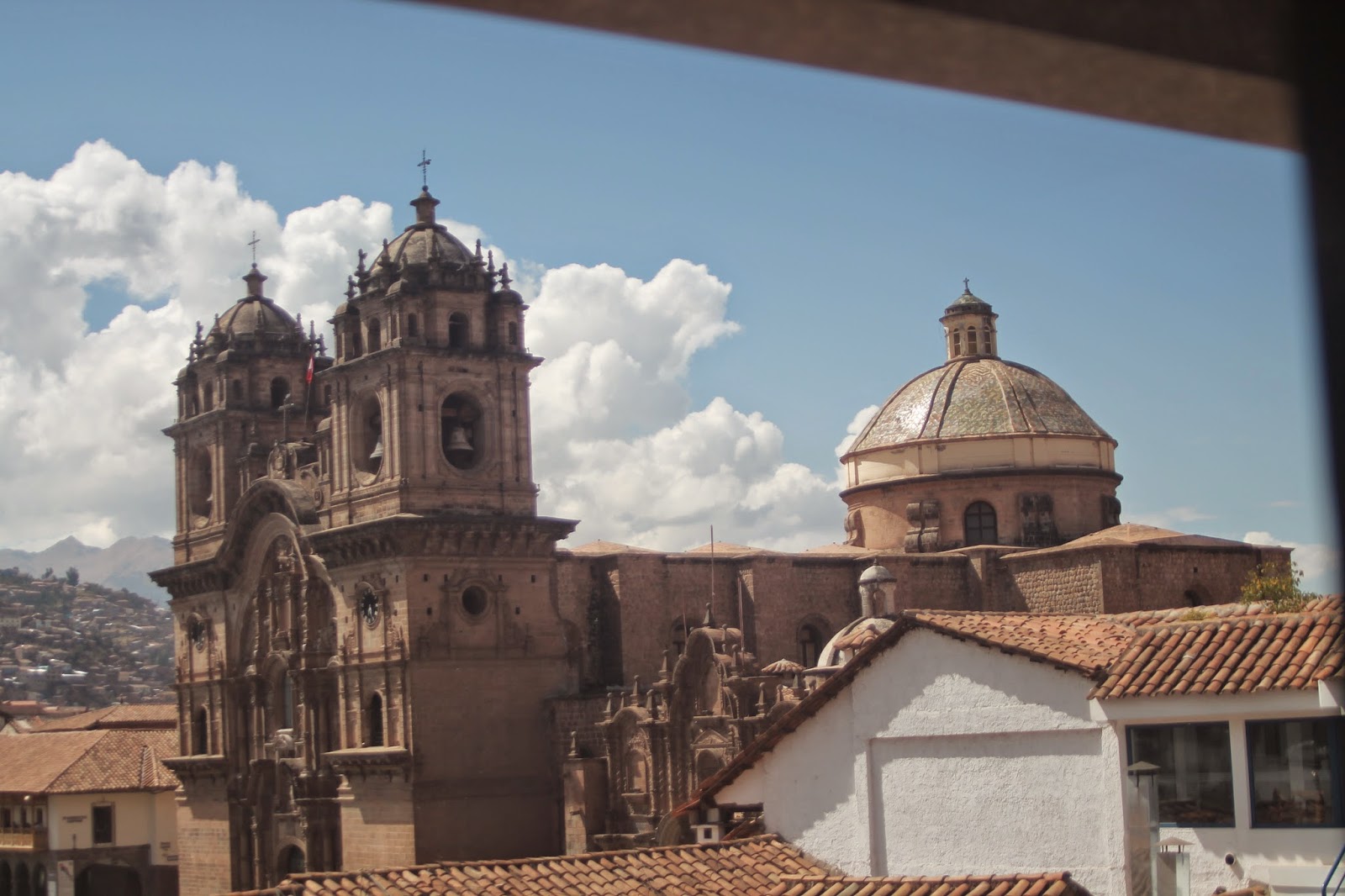 It was interesting but very rooted in the Spanish conquest of Peru, not in the Inca empire that is so fascinating to me. Fortunately the city tour included a visit to Sacsayhuaman. For those of you who don't speak Quechua, it sounded like our guide said sexy woman every time. That's not quite the proper pronunciation but close. 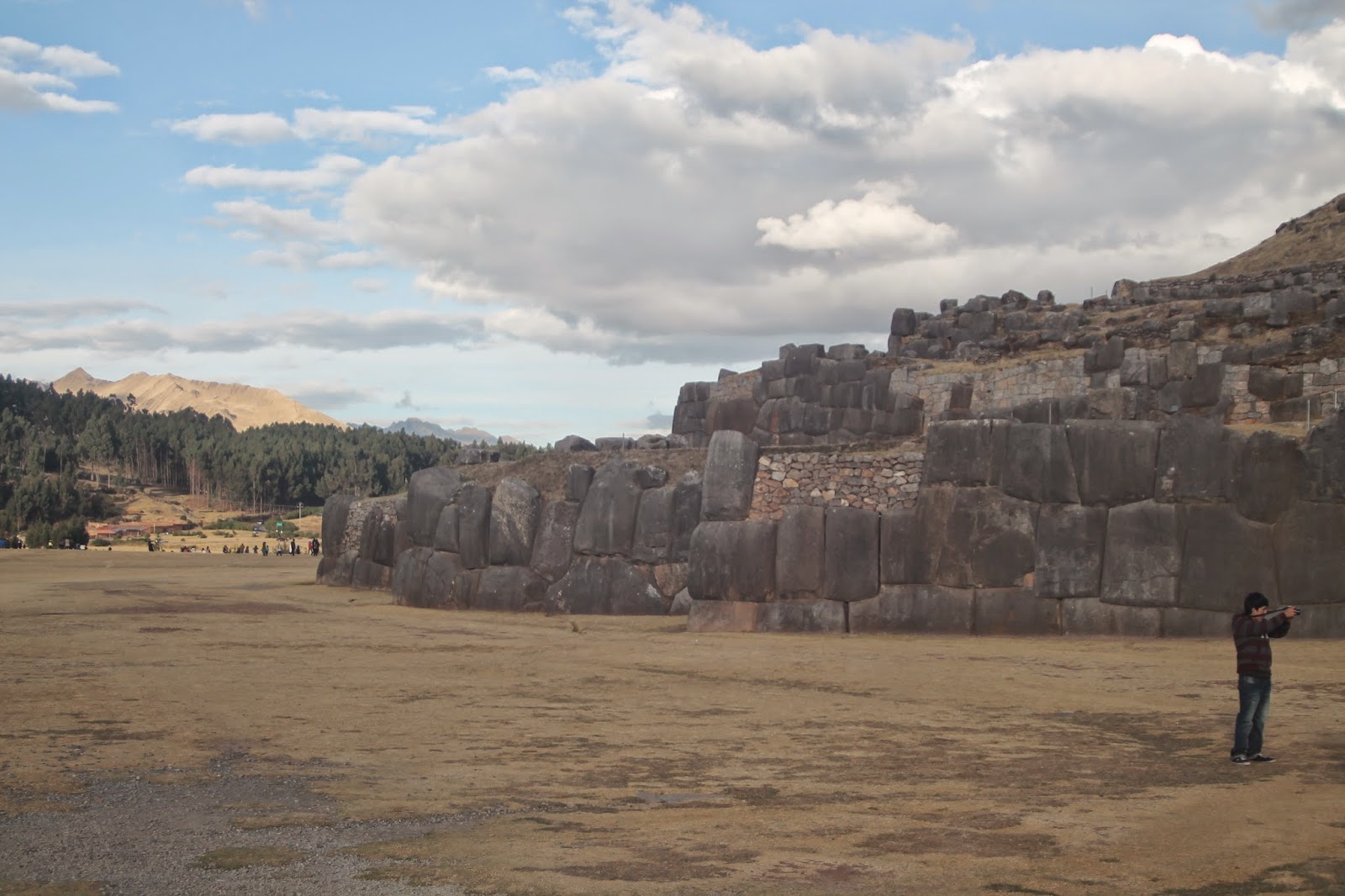 Sacsayhuaman is on a flattened mountain above Cusco. The stones are quarried from the next mountain over and then dragged (the Inca people didn't have the wheel) through the intervening valley and up to the other side to be stacked as you see them. Easy, right? Think again. Many of those stones are taller than the average person. 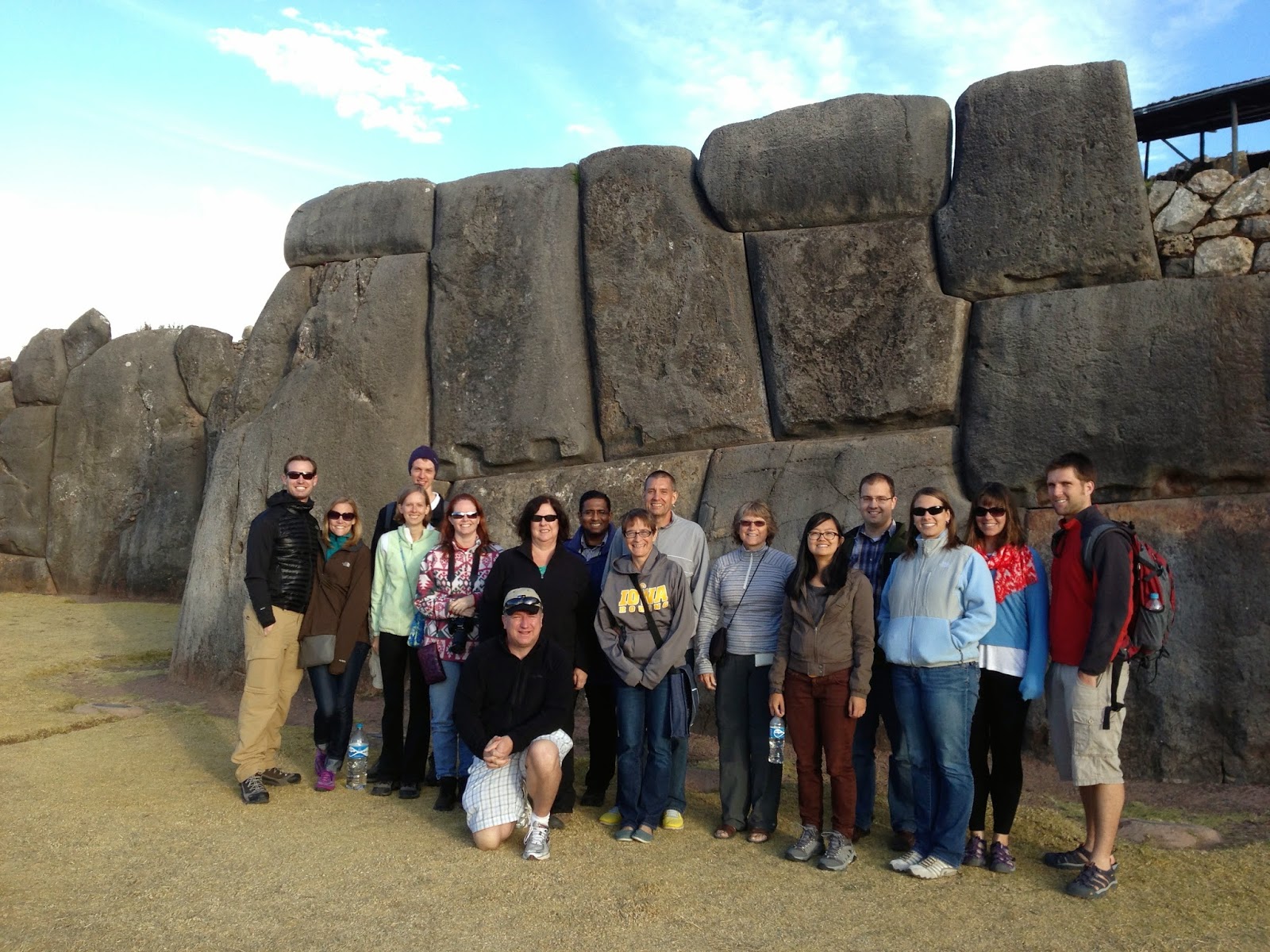 Okay, not taller than Noah, but Noah is over six feet tall. (I'm the one with the red and green sweater and the big camera, for anyone who's curious.) The online sites I've found talk about it as a fortress, used in the defense of Cusco, but our guide saw it far differently. For him this was a spiritual site, a place of worship for the Inca people. All three animals sacred to the Inca people are represented here--the condor in the name (huaman means condor), the snake in the zigzag shape of the stones, and the jaguar because Cusco was laid out in the shape of a jaguar in ancient times with Sascayhuaman as its head. Additionally the stones are fitted together so smoothly you can't get a blade of grass or sheet of metal between them, a typical feature of religious architecture, not military. Regardless of whether it was religious or military, it was stunning. Here are a few more pictures in case you weren't impressed enough already. 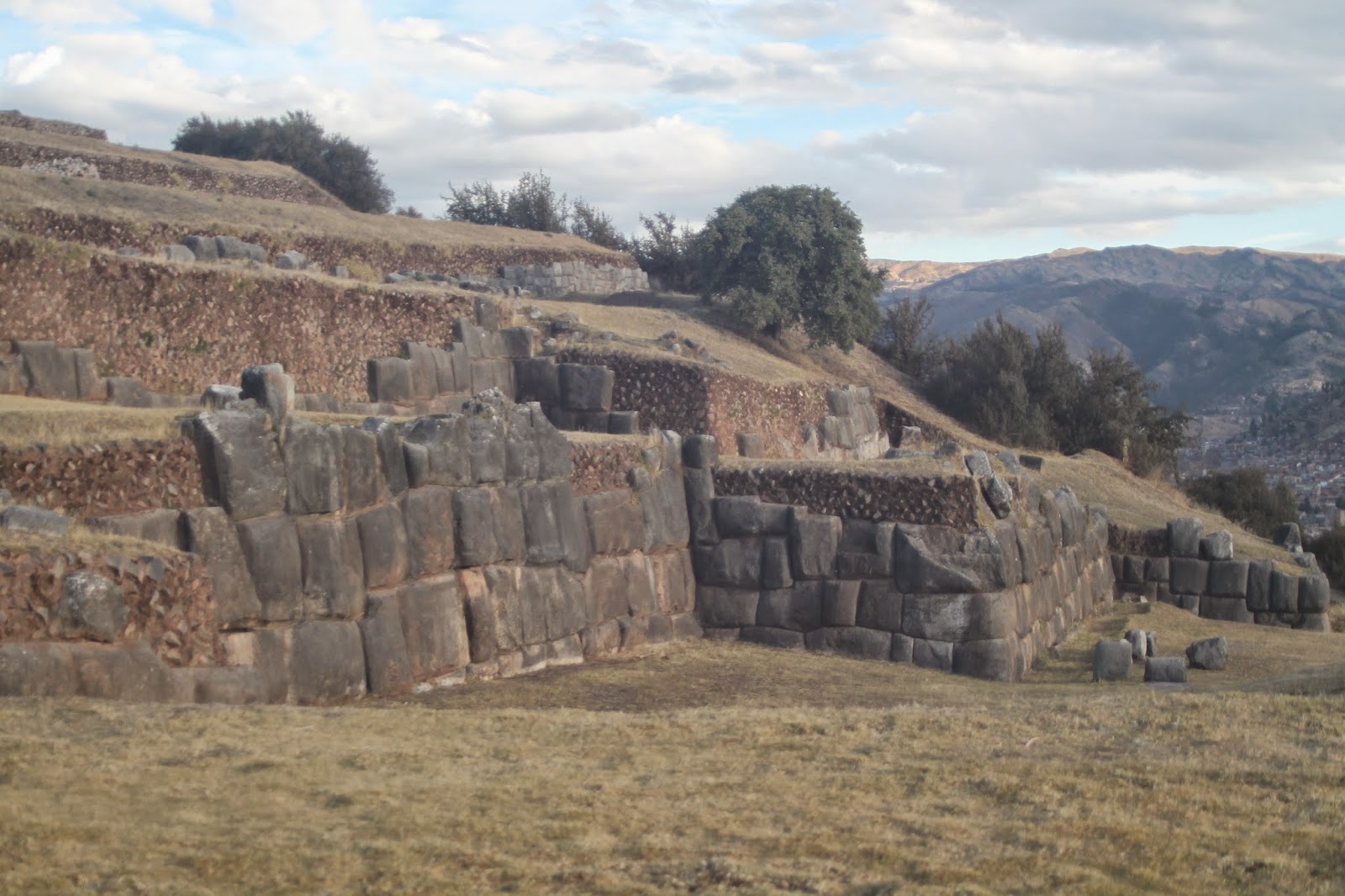 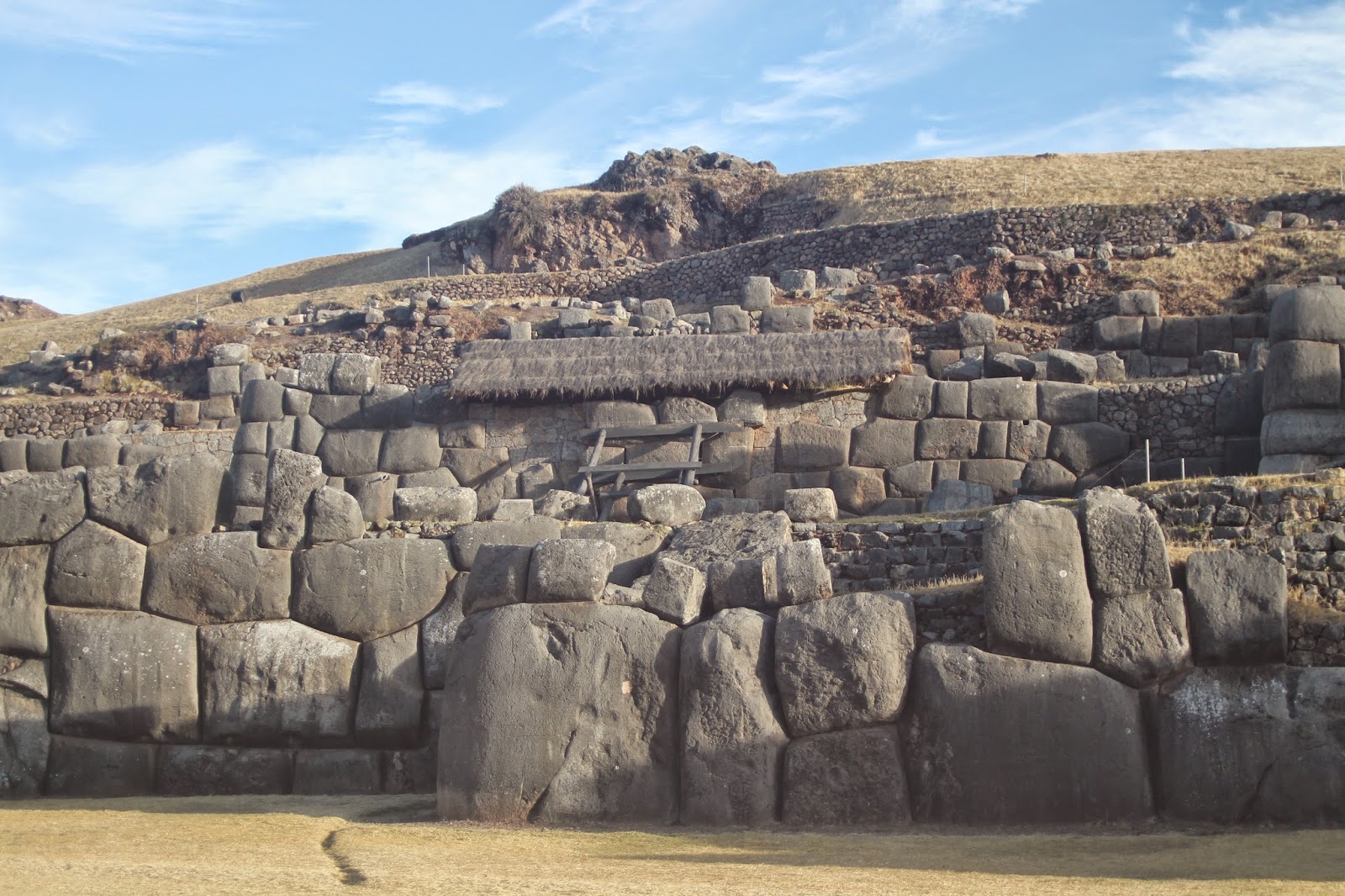 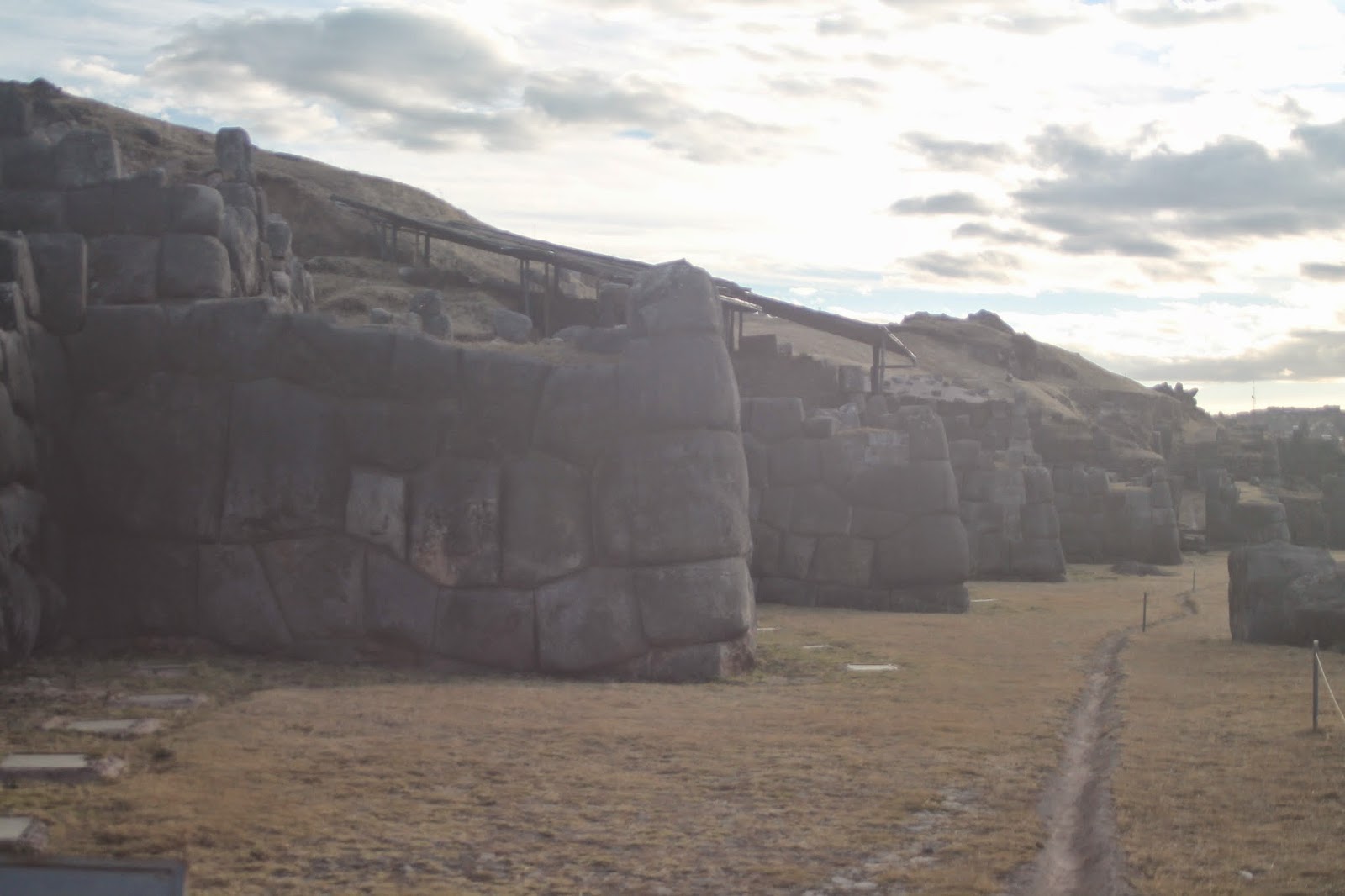 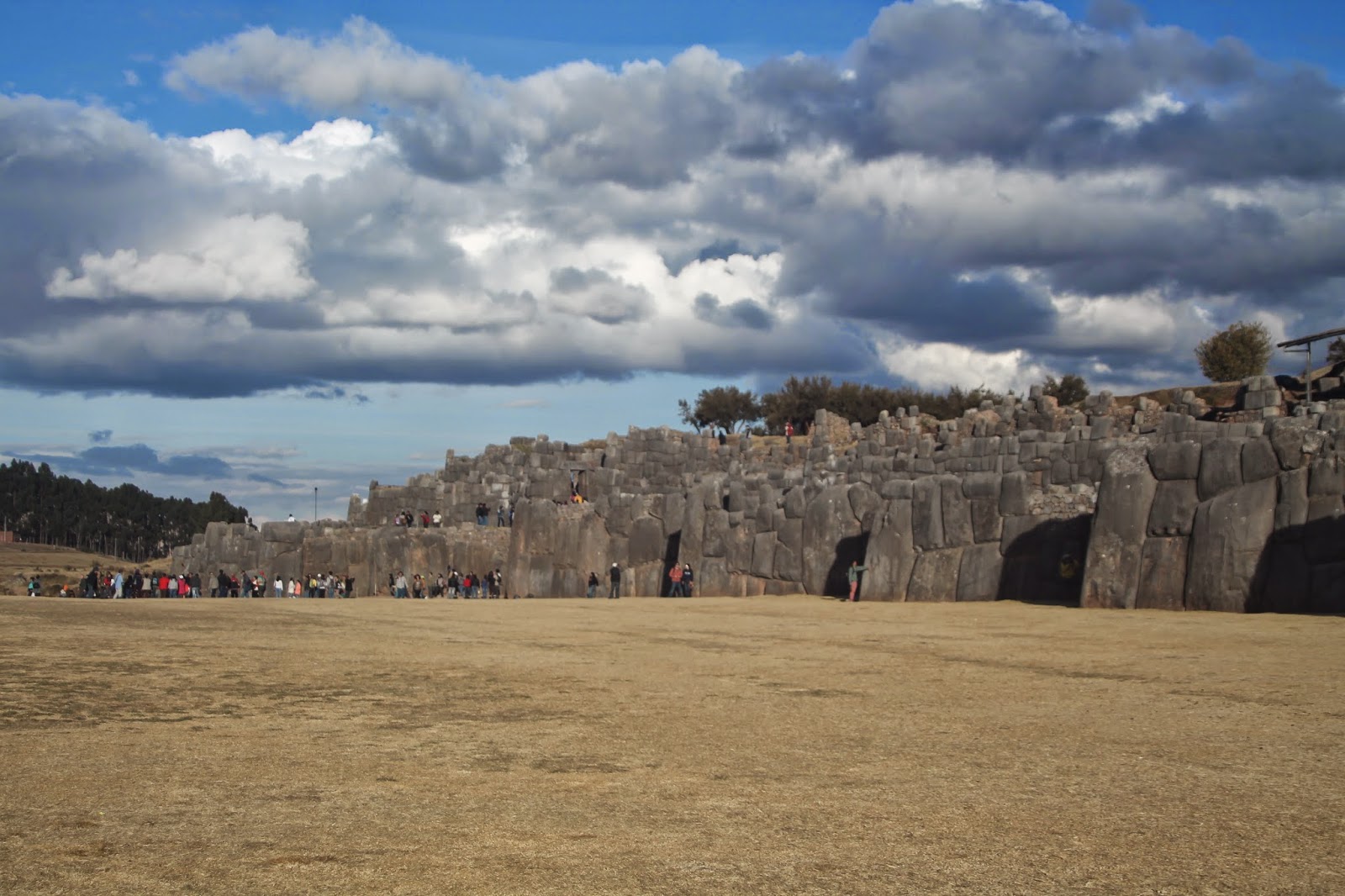