The second day of the Inca Trail would fit right in to one of the circles of hell. The scenery was amazing, the ruins fascinating, but it was 16 long kilometers up a mountain (to over 4000m), down the other side for lunch, up a second mountain and down that one before dinner and bedtime. Why the insanely long day?

As it turns out, Pacamayo, the traditional second night campsite, is prone to flooding if it rains hard. Now we were there in the dry season, but as Smith, our guide was fond of saying, with global warming, the rains come even in the dry season sometimes. I didn't fancy getting washed away, so we lived with the long hike.

The first ascent was up to the summit of Warmiwañusca Pass, also called Dead Woman Pass. I figure it's because hiking over the pass is pretty much guaranteed to kill you, but the guides all insist it's because the pass itself looks like a woman on her back if you see it from a distance. Personally, I never saw it. Tell me what you think. 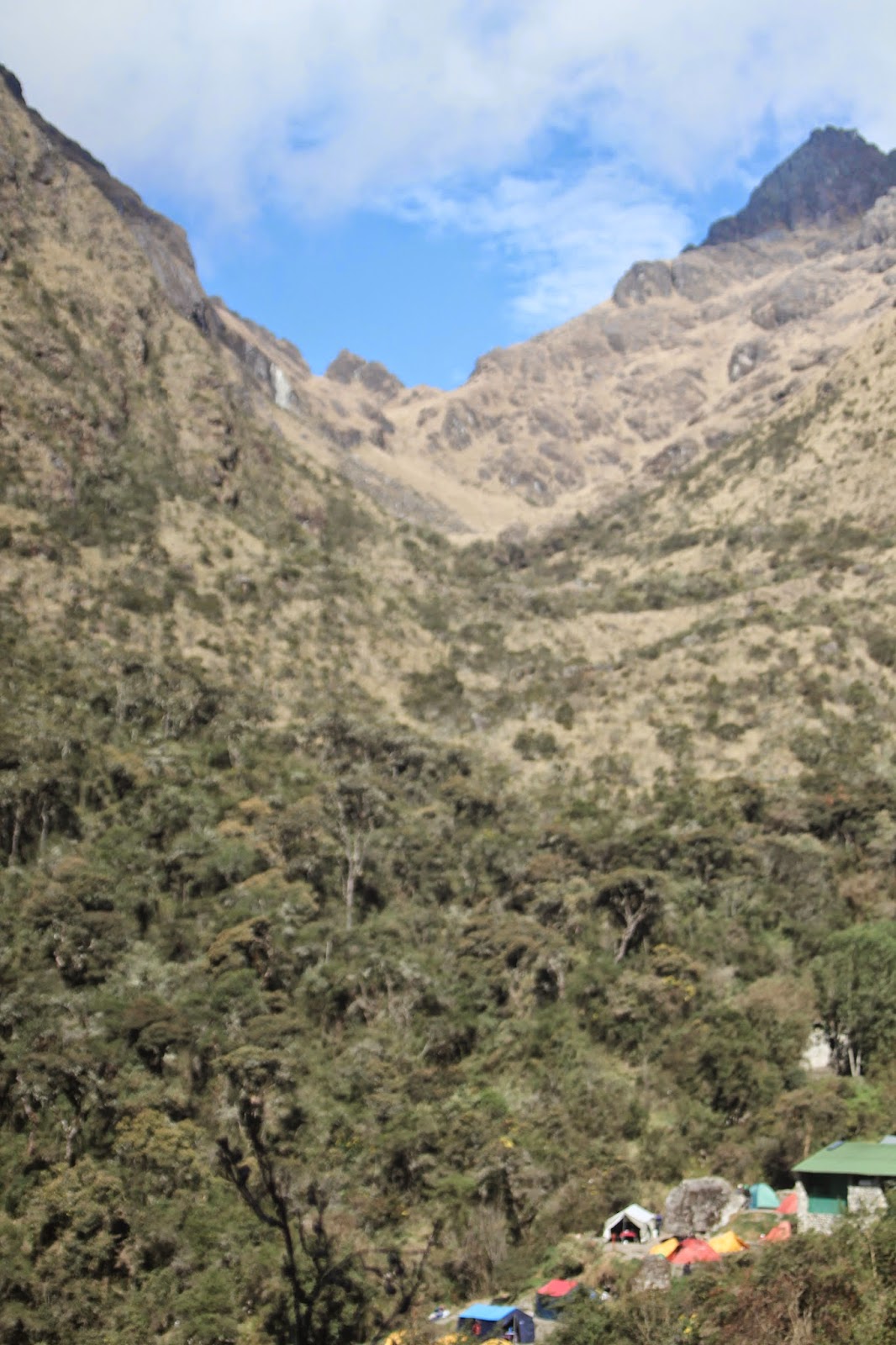 Despite the draining hike, we saw some amazing scenery as we got into the cloud forest. I loved how the weather was constantly changing. 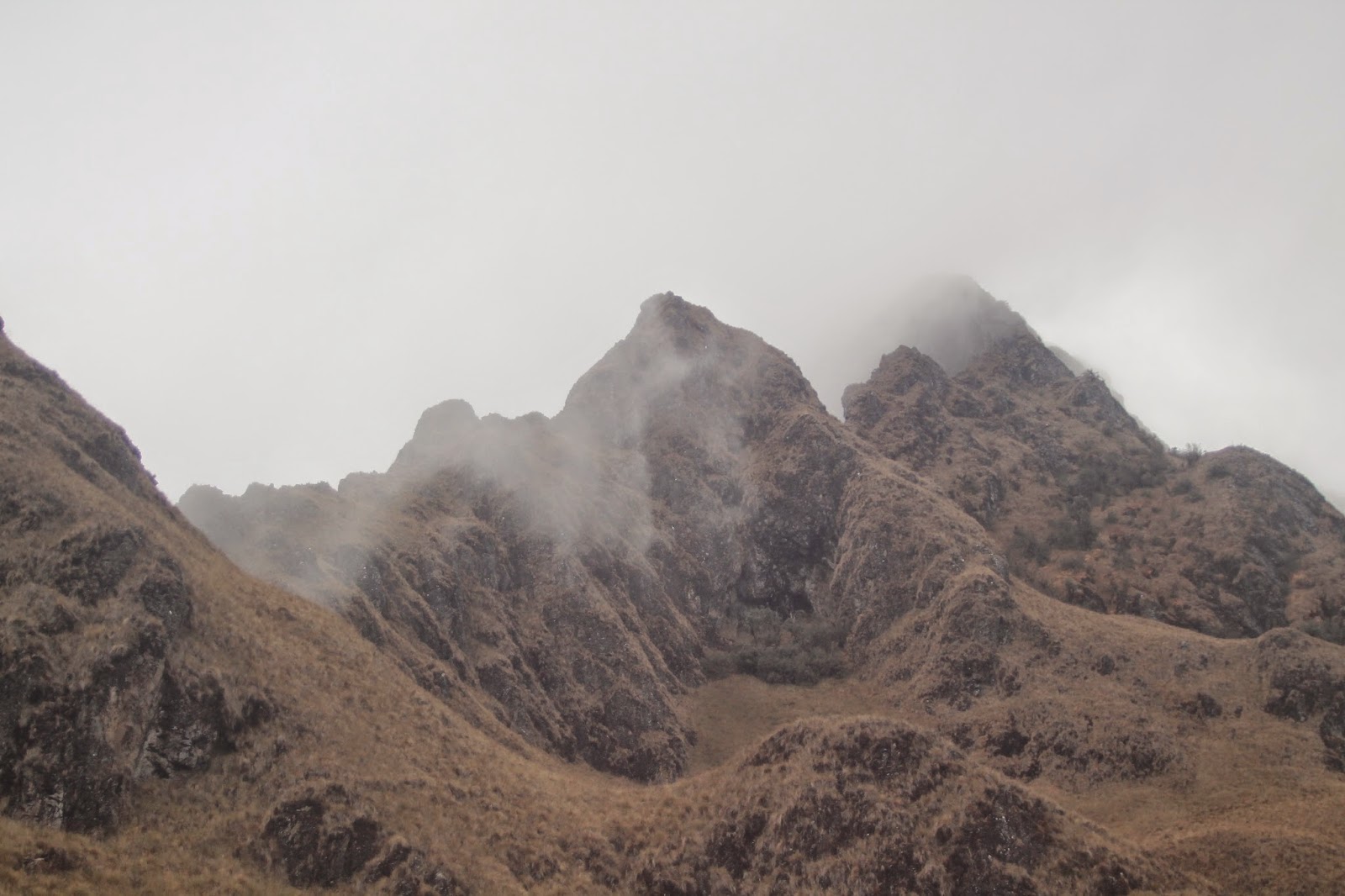 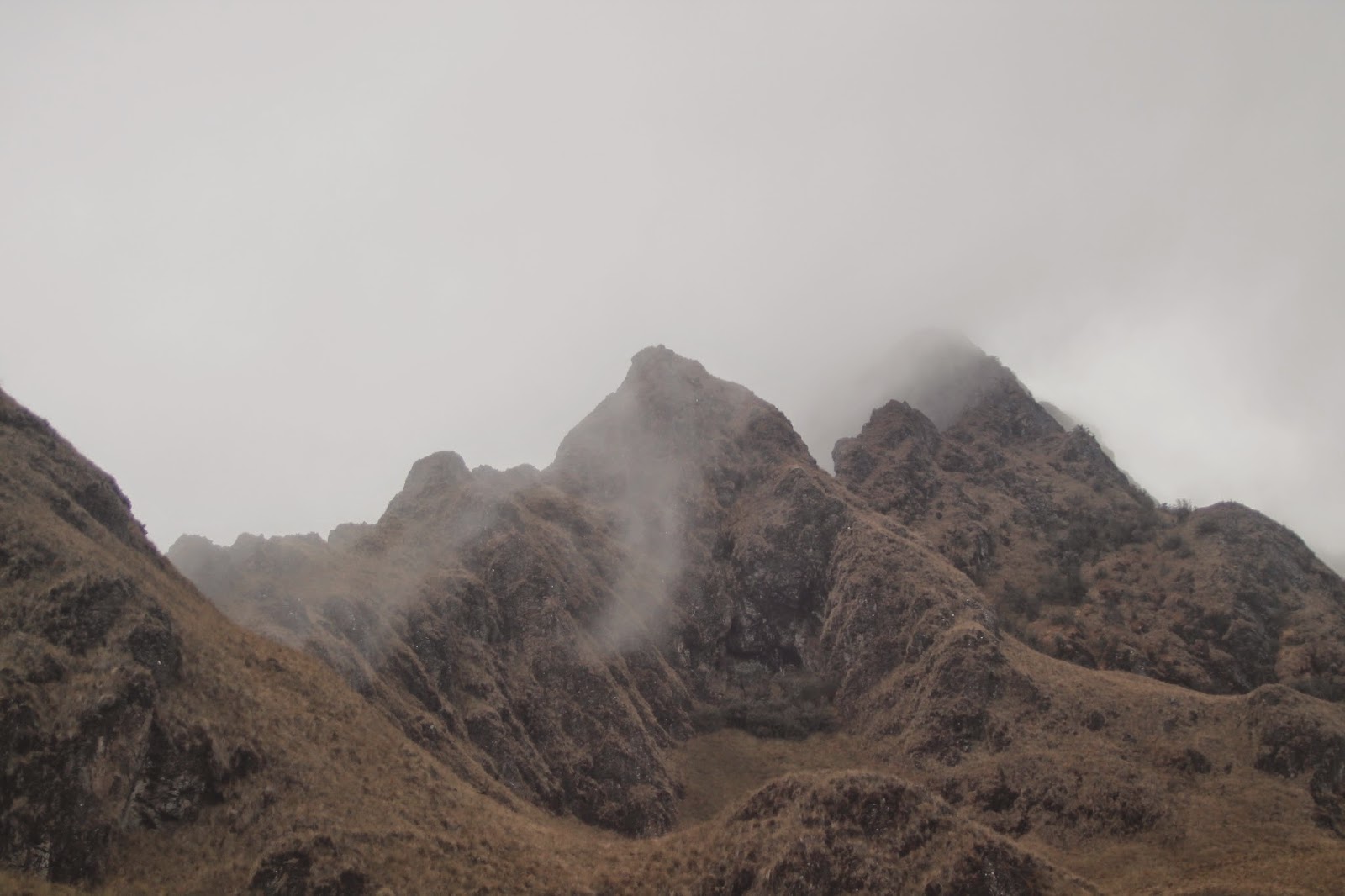 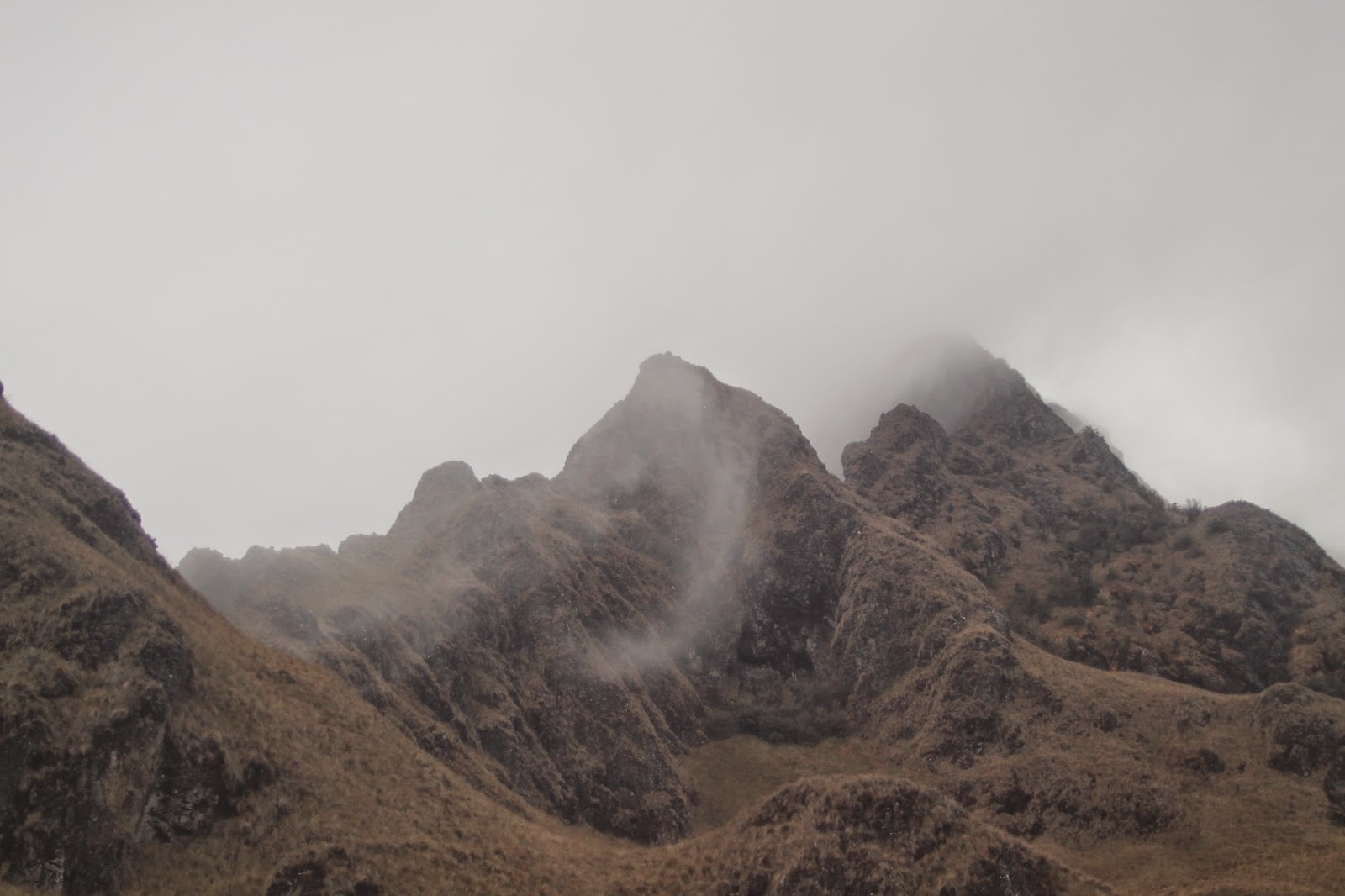 Can you see the mist moving in those three pictures? They were taken approximately a second apart as the mist rolled over the mountain pass and curled down into the valley on the other side. The picture of Dead Woman pass was taken from the other side of the same mountain about 30 minutes later.

After lunch at Pacamayo, we hit the cloud forest, and that meant... orchids! 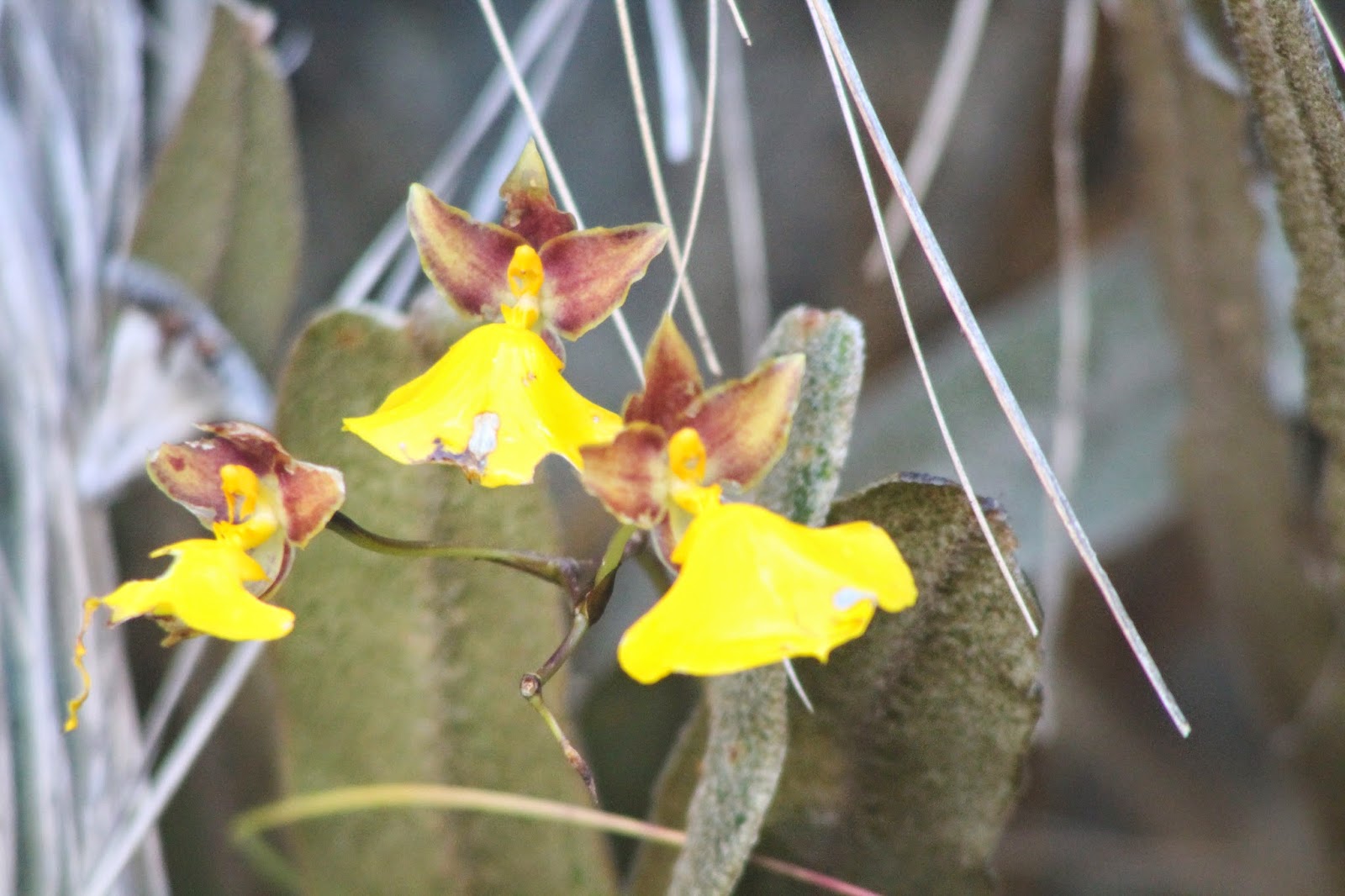 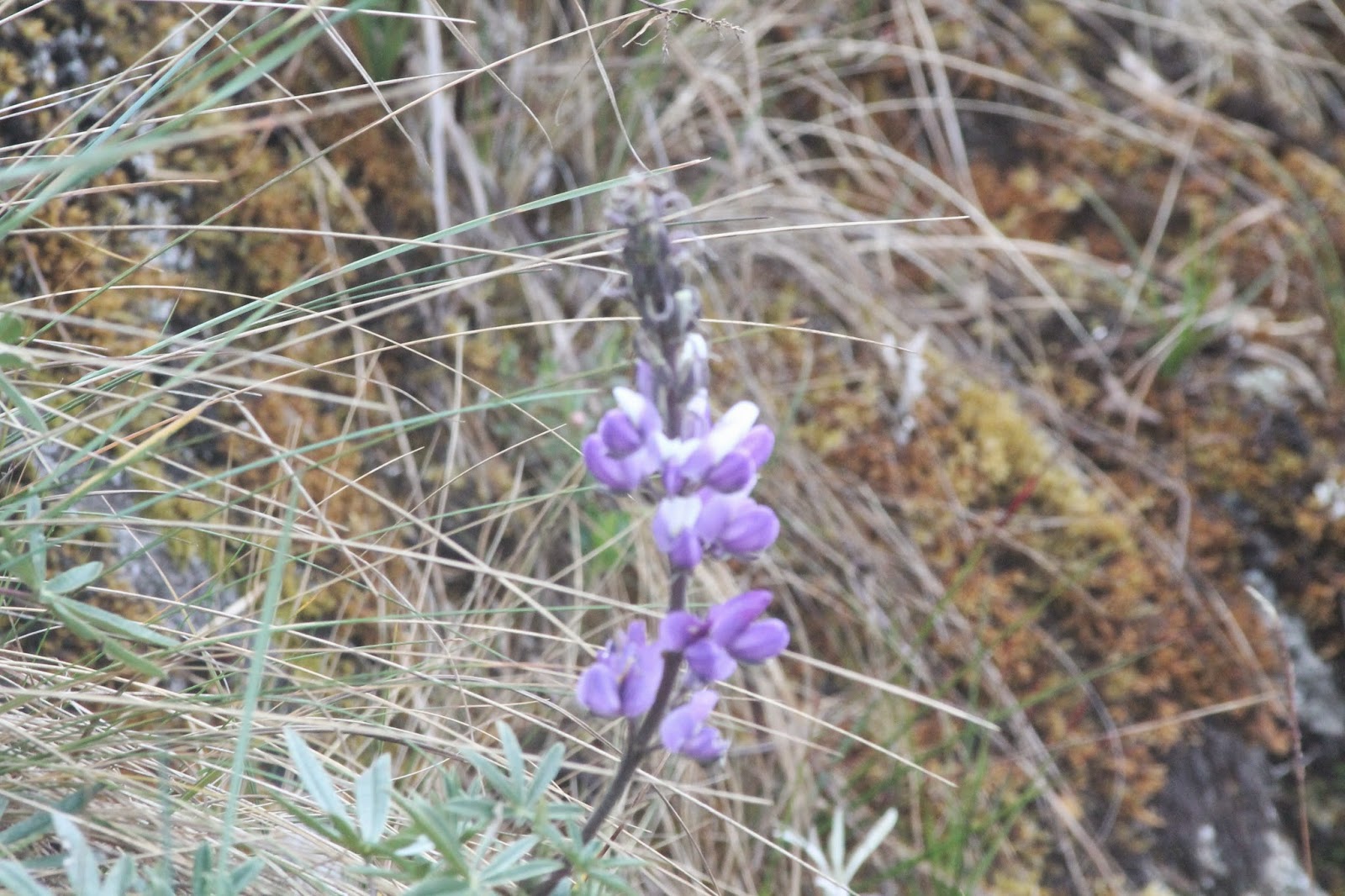 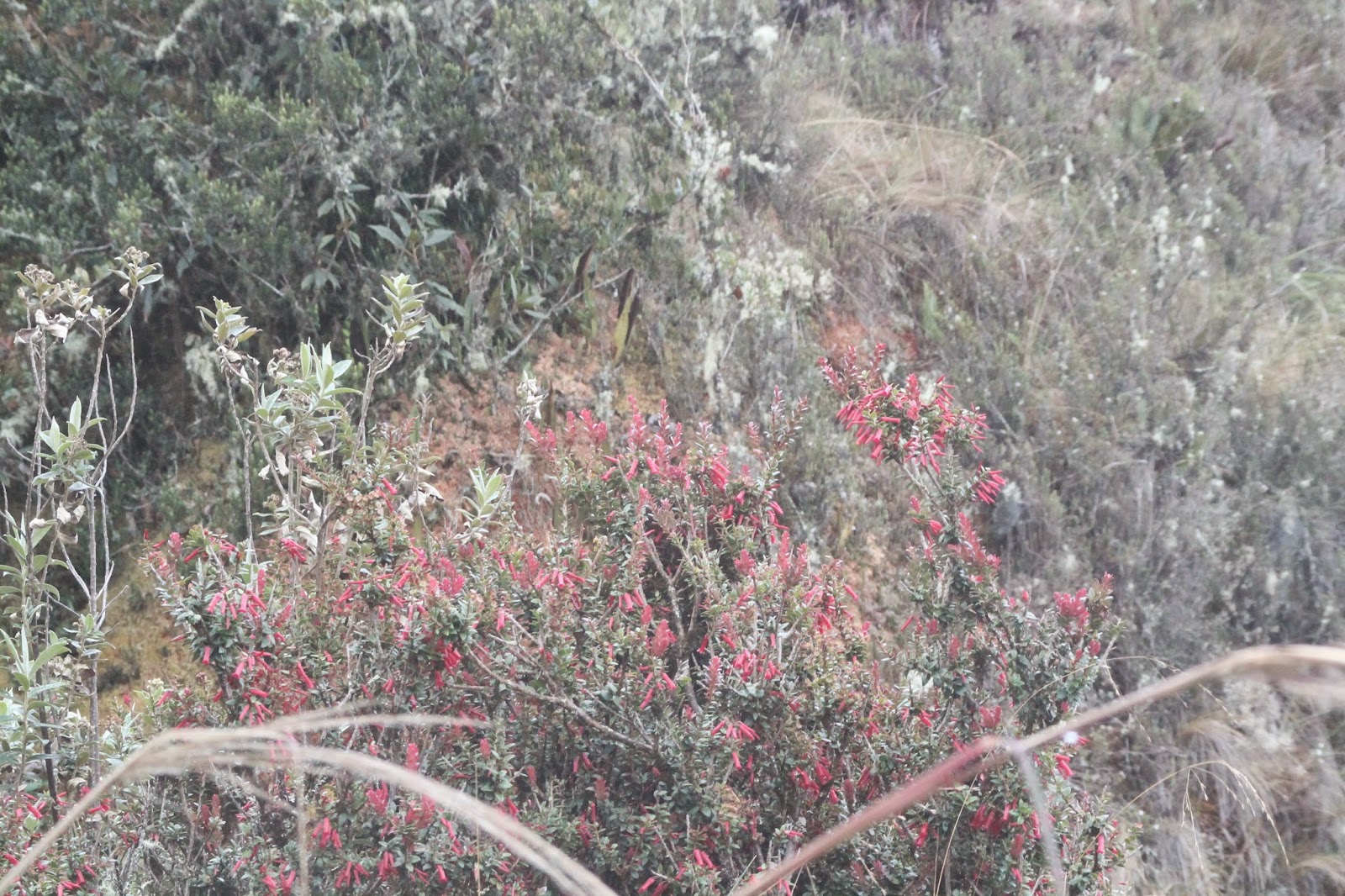 There are several hundred species of orchids that grow in Peru along the Inca Trail. The first two photos are ones we saw. The third is another beautiful flowering bush, but Leo couldn't tell me what kind it was.

We also finally made it Runkurakay after another flight of steps. 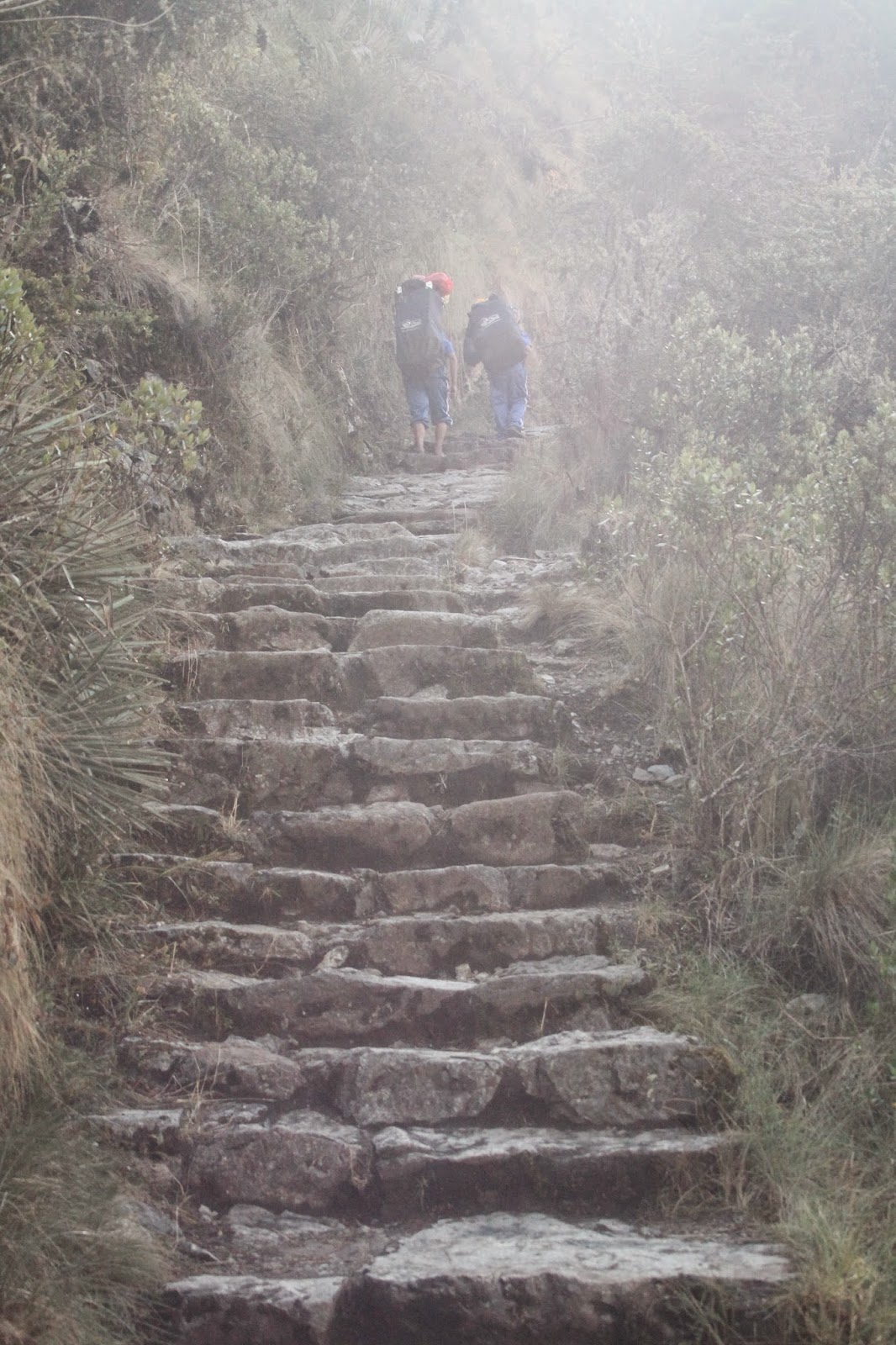 Oh look, it's my cover, with two of our amazing porters carrying our food, tents, and other gear. More on the wonder that is the porters on the Inca Trail tomorrow. Runkurakay is a tambo, a shelter for messengers or pilgrims along the Inca Trail. The Inca people didn't have a written language, so runners carried messages back and forth between Cusco and Machu Picchu. The current record for the 26 miles from Machu Picchu to Piscacucho? 3 hours and 42 minutes. I'll give you three guesses who made it at that speed, and it wasn't any of the world's marathon champions. 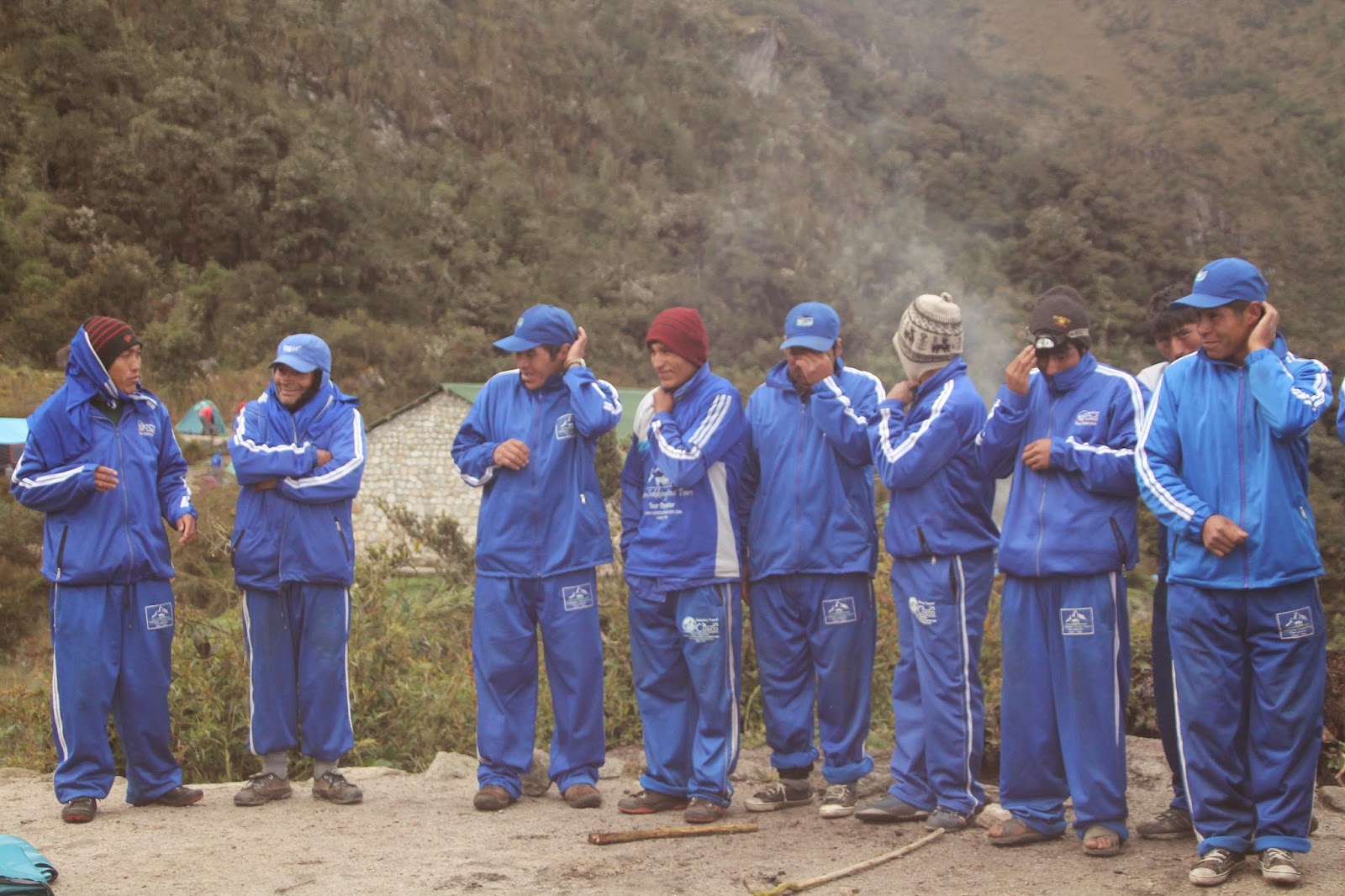 It was one of these guys' colleagues. When the Peruvian government sponsored the race in an effort to calculate how long it would have taken messengers to get from Machu Picchu to Cusco and back, runners from all over the world came to participate. The altitude and the steepness of the trail tripped most of them up. A porter, used to carrying 25-30kg as he hikes the trail in half the time it takes a tourist, ran the entire length with only water in less than four hours. Yeah, these men are my heroes, let me tell you!

We learned one other thing that day. Uphill might be harder on your lungs, but downhill is hell on your knees.