The name itself is evocative. The valley itself is incredible. The Urubamba river carved out the valley and its floodplain over thousands of years, and along its banks, the Inca Empire grew up. 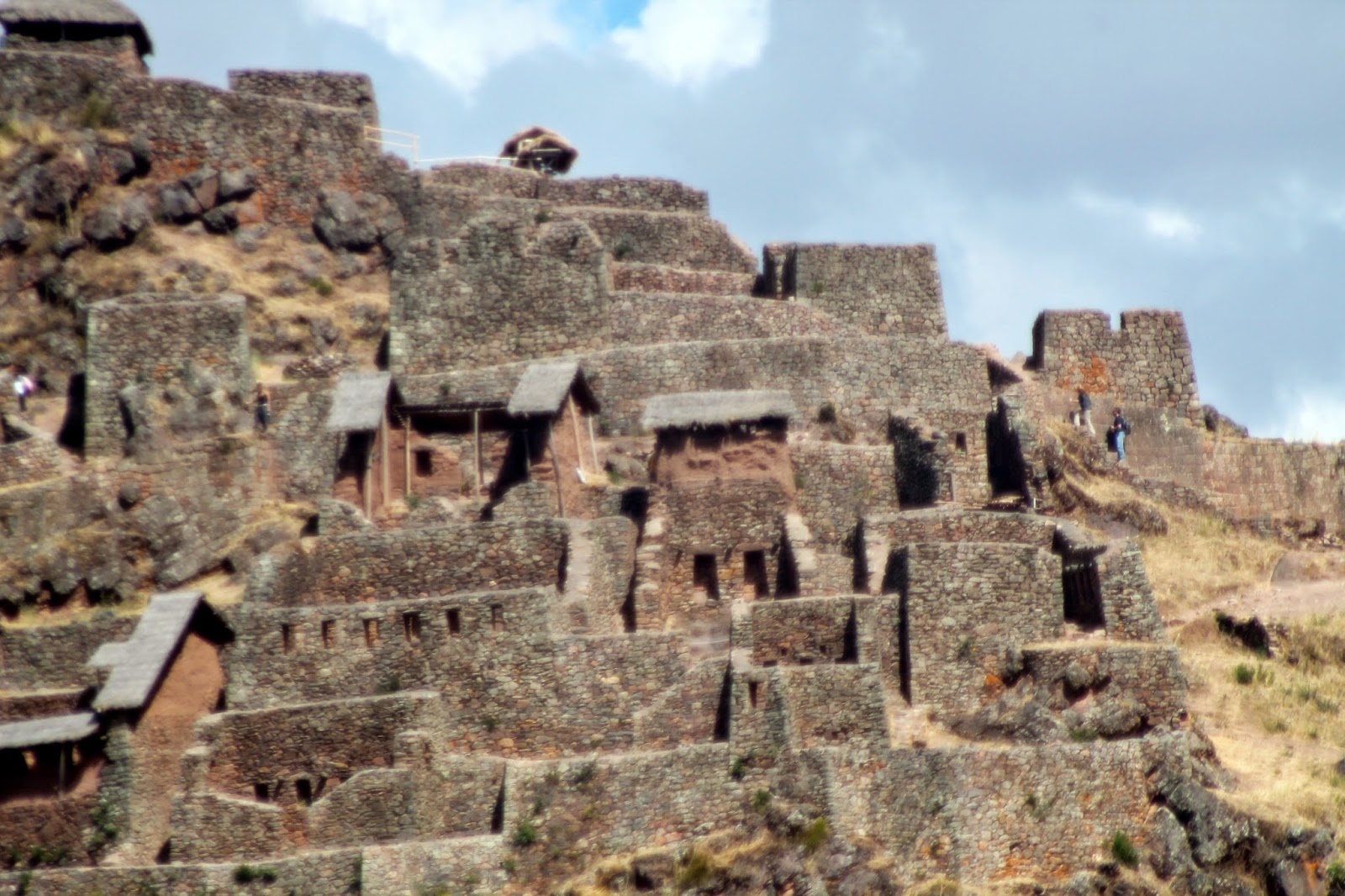 Villages like this one above Pisac (where Benicio now lives) are typical of the way the Inca people lived. The thatch roofs are recreations, but the rest is original. 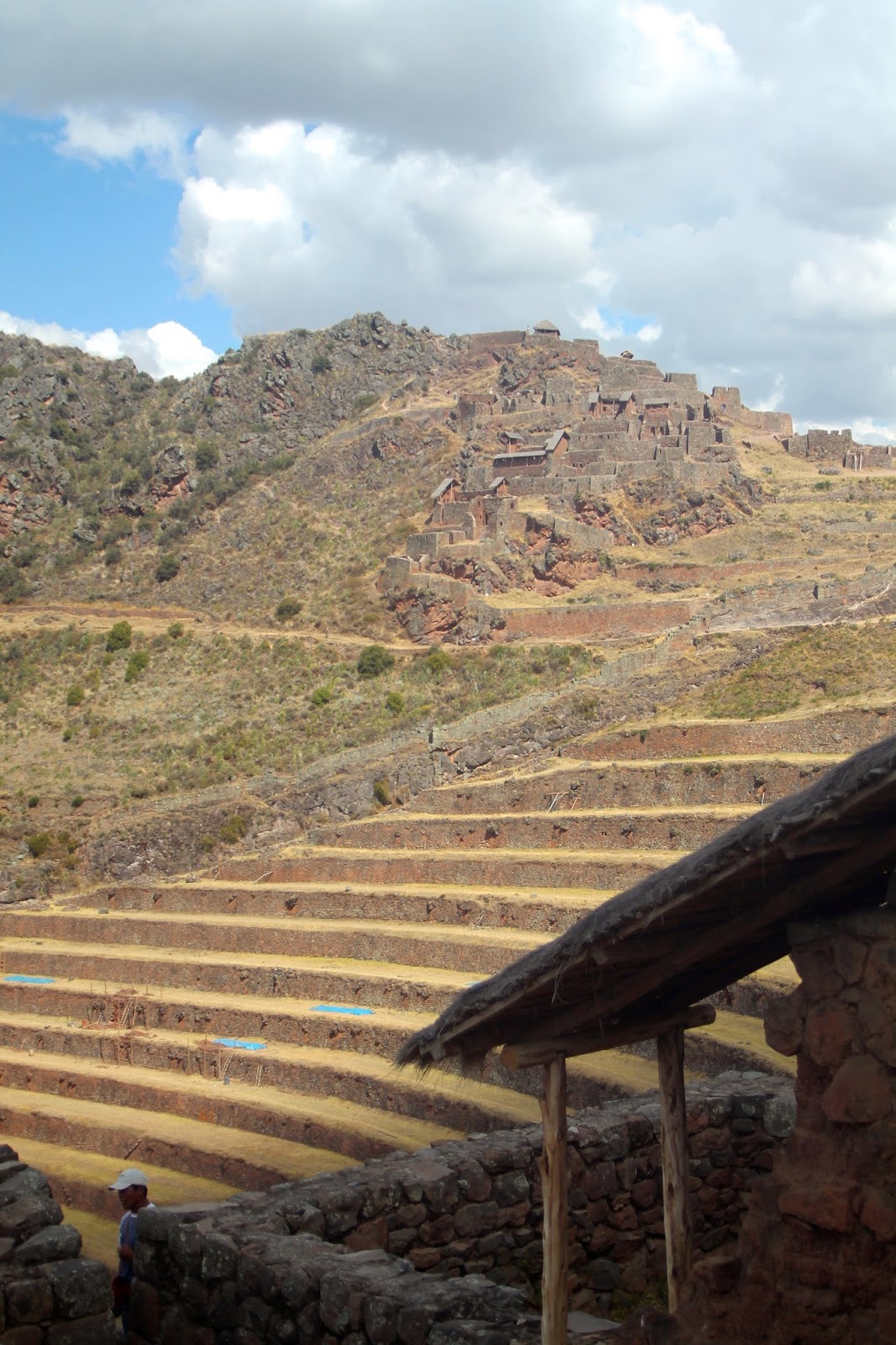 One of the things that struck me about this village and so many of the others was the engineering that went into them. The Inca people created terraces for agriculture and for erosion control. We haven't mastered erosion control in the 21st century, but the Inca had it figured out a thousand years ago. These terraces were agricultural in nature. You can tell because of the steps between them. Erosion control terraces were narrower and didn't have the same steps because people didn't need to access them as easily.

After we left Pisac, we headed to a center dedicated to preserving local arts. The knitter in me was thrilled. 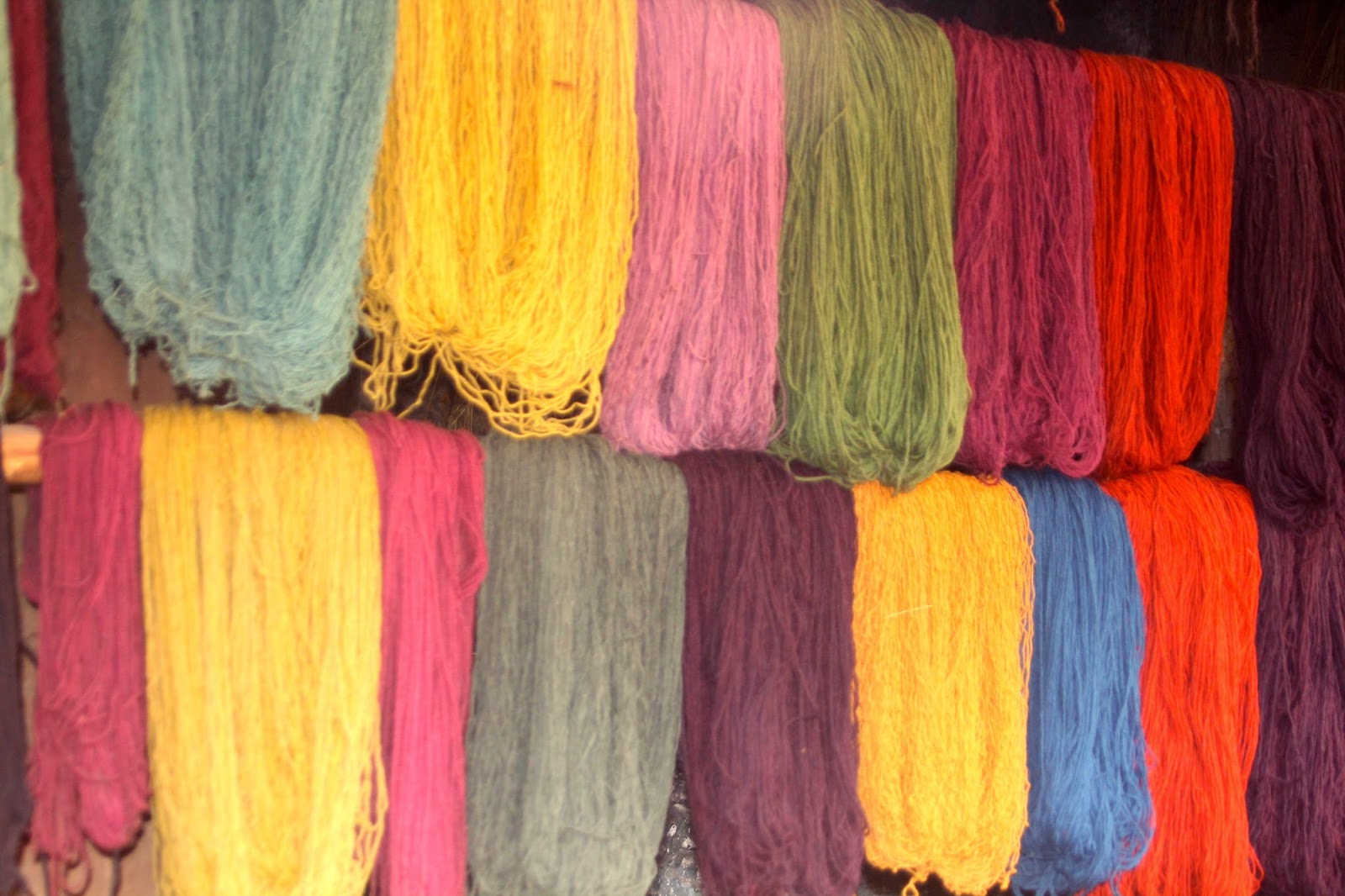 All those colors of alpaca wool dyed naturally...

And the work the Quechua women create with the yarn is spectacular. 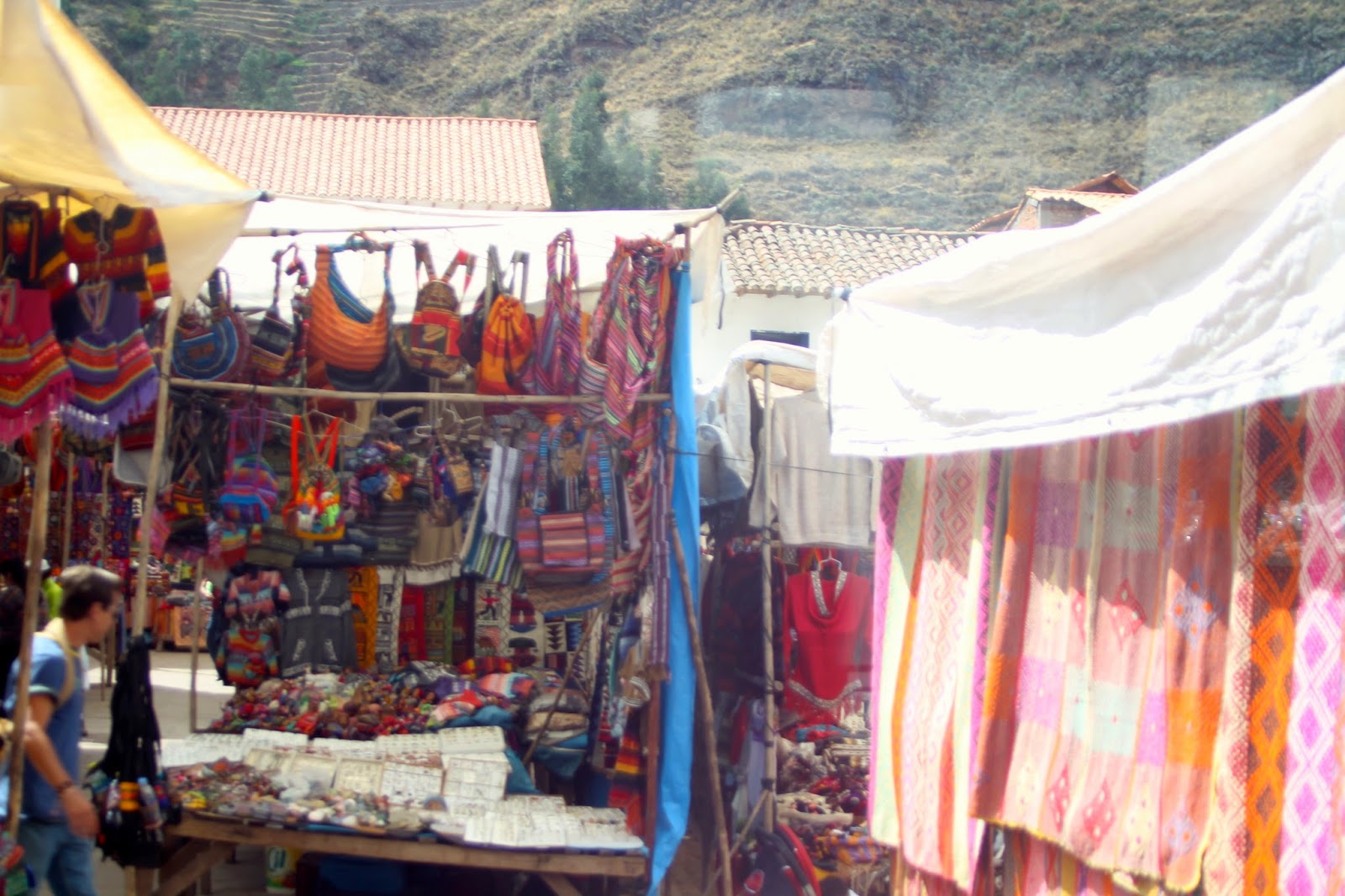 This is the market in another village, but all the handcrafts were made in the traditional way.

We also learned about the difference between llamas, alpacas, guanacos, and vicuñas. Guanacos and vicuñas aren't domesticated, so they're less interesting. Llamas are bigger and capable of carrying up to 25 kg, but they don't make good eating and the wool they produce isn't easy to work with. Alpacas on the other hand won't carry anything no matter what you offer them, but they taste delicious and their wool is warm, plentiful, and soft. 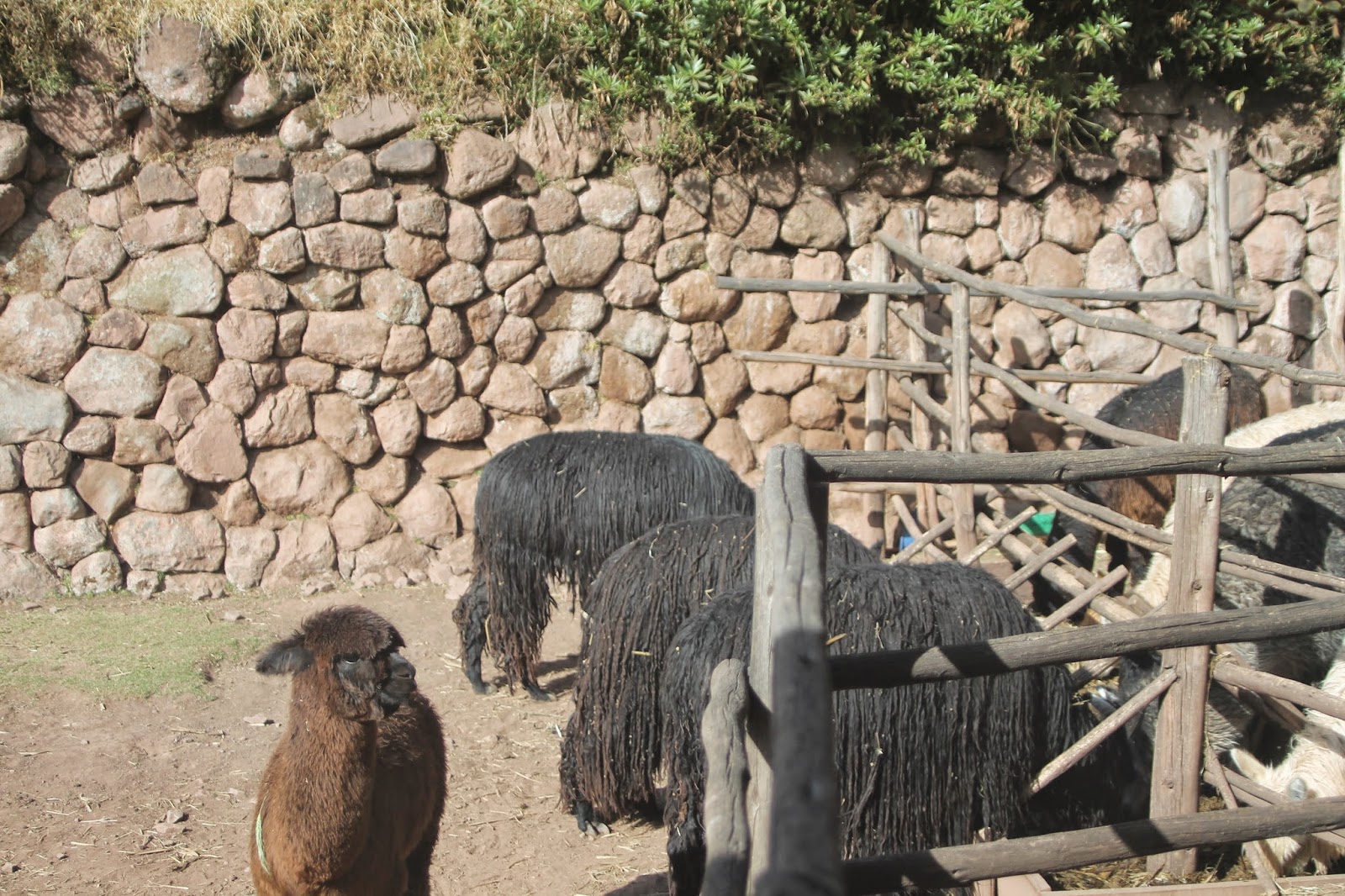 Our last stop was Ollantaytambo, the oldest continuously occupied city in the Americas. The reason it was such a prime location? 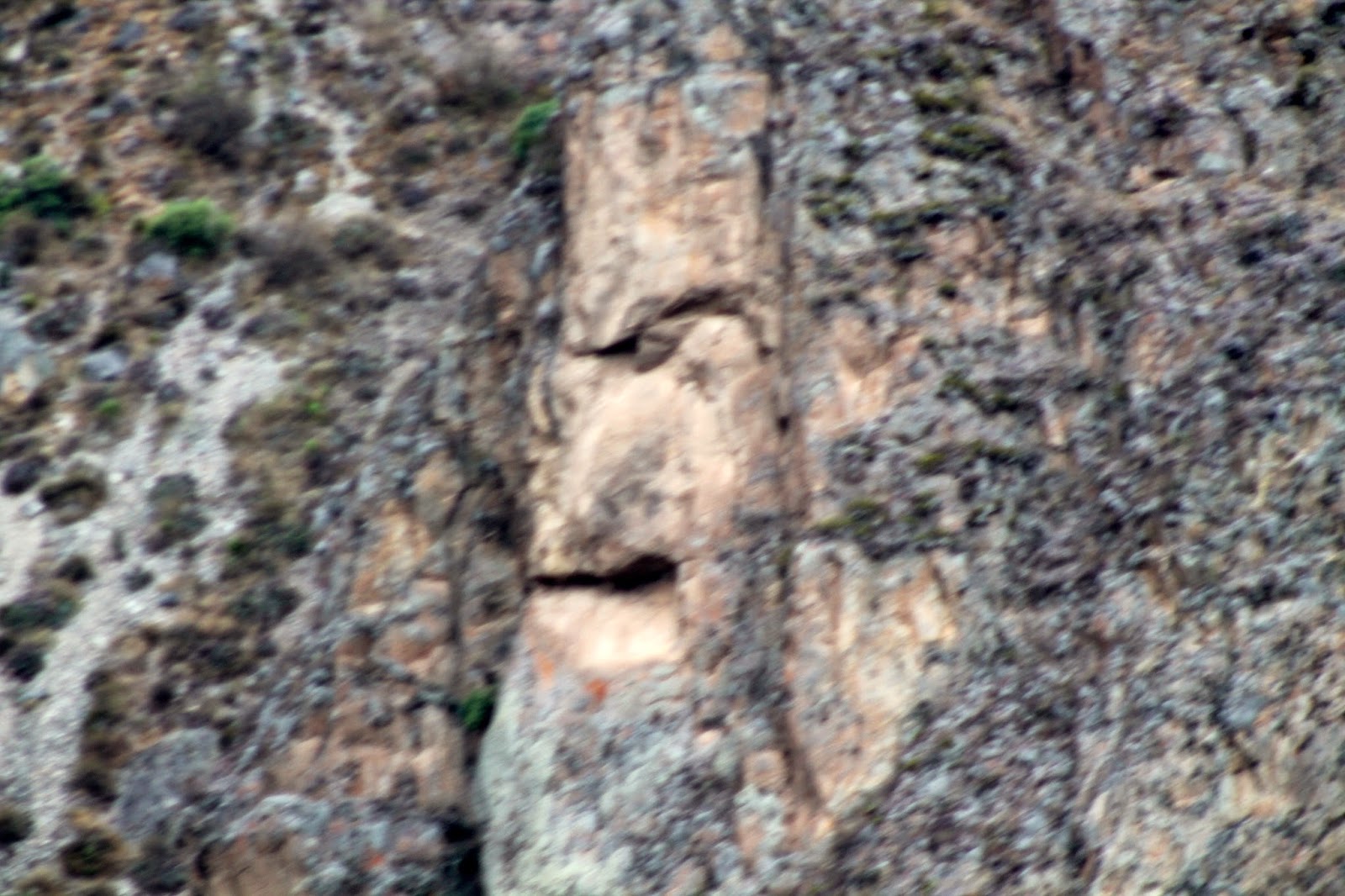 The man in the mountain. Yes, that is a natural formation.

Next stop... the Inca Trail!

Want to know more about my trip to Peru? Check out The Path, coming on Sept. 1 from Dreamspinner Press.
a Rafflecopter giveaway
Posted by Ariel Tachna at 8:08 PM